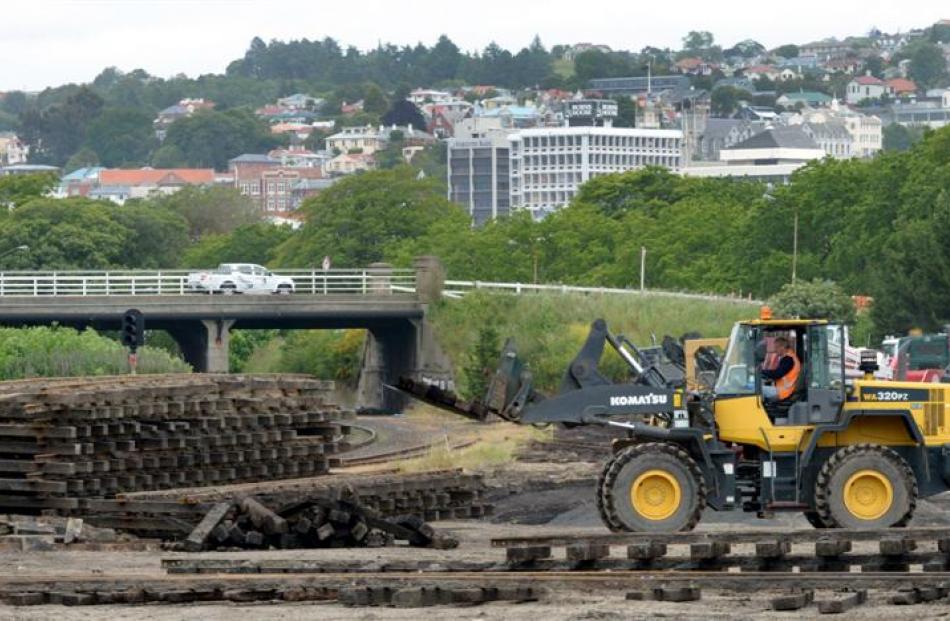 ''Another week and she'll be all gone,'' says Doug Hall of the central Dunedin yard at the centre of a long-running legal tussle between him and the city council.

When contacted yesterday, Mr Hall, who is also a Dunedin city councillor, said his business would be gone by Sunday from the site where he has operated his transport and demolition business since the 1980s.

The new owner will take over the next day.

The site has been at the centre of legal action between the council and Mr Hall, since the council botched a highway realignment around it in 2011, until October when it and an adjoining piece of land owned by the council were sold to Lion.

Work is to begin on an Emersons Brewery, bar and restaurant on the site in the new year.

Mr Hall said he worked at night over the past month moving materials on site to his yards at Brighton and Burnside.

He had leased a central-city site to park his trucks until he bought a new yard.

He gave old railway siding materials from the site to Mandeville's vintage railway, and an old building on the site was demolished at the weekend.

He brought more staff on to help clear the site over the past few weeks, and it would be cleared by the handover date of December 15.

Traffic lights at the intersection of Anzac Ave, Ward St and Frederick St, near the entrance to Hall's yard, which had not been switched on for three years because of safety concerns about large trucks entering and exiting the yard on the new road configuration, are now expected to be turned on by mid-January.

Council transportation operations programme engineer Michael Harrison said no work could be done on the intersection until the site was handed over to Lion.

Two weeks' work was then required to slightly reconfigure the intersection.

Once the lights were switched on, they needed to be monitored constantly for a period, to ensure the signal sequencing was correct.

That could not be done over the Christmas period and the work would begin on January 12, he said.