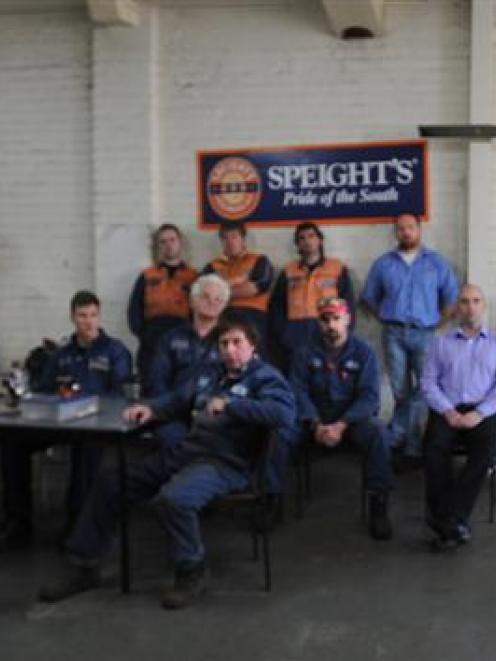 That was the message industrial workers in the harbourside area had for the Dunedin City Council after a series of meetings yesterday.

The council wants to rezone harbourside land so it can be used for residential and commercial activities such as apartments, restaurants and cafes.

Farra Engineering employee and Otago Boilermakers' Union president Dave MacArthur said after the meeting in the company smoko room workers were "angry with the present council" but the main concern was job security.

"They're a bit worried about their jobs and what's going to happen to them in the future.

A lot of us have got young families and mortgages."

Mr MacArthur considered there was a good understanding of the issue and the implications of the change on existing industry.

"If we got a set of apartments beside us, and we are starting to use a sledgehammer on something, there's no way we are going to win if it comes to an argument over noise."

Farra is one of the harbourside businesses appealing to the Environment Court over the council's plan change 7: harbourside.

An Otago Chamber of Commerce-led campaign has suggested heavy industry in the harbourside area could be forced to shut as a result of the plan change.

Asked what the easy way out for all parties was, Mr MacArthur said, "Just leave it the way it is."

"It's been as good as gold.

This place has been open for over 100 years.

Farra fitter and turner Andrew Hall said workers were concerned at the prospect of having to relocate.

"If we lose our jobs and there's nothing available, we'll be relocating out of Dunedin and out of Otago - perhaps to Australia - to continue our careers and feed our families.

"If they are looking for that cafe culture, look at developing around the Esplanade [at St Clair].

There's a lot of potential there, one would have thought."

However, the unions had been given a mandate by up to 200 workers to represent them over the plan change issue.

The unions will wait to see the outcome of a council meeting on March 29 when the plan change is expected to be debated.