A Mosgiel author has shared her tips with young aspiring writers.

Ella West held two workshops last week to teach secondary school pupils ‘‘the rules of the game’’ when it came to writing.

‘‘The rules actually give us a playing field,’’ she told the Queen’s High School pupils gathered at the South Dunedin Community Pop-Up on Thursday.

West also spoke to about 30 school and home-school pupils at Dunedin City Library on Wednesday.

During Thursday’s workshop, West talked about structuring a story and how genre affected plot.

‘‘When writing, the problem has to suit the genre.’’ 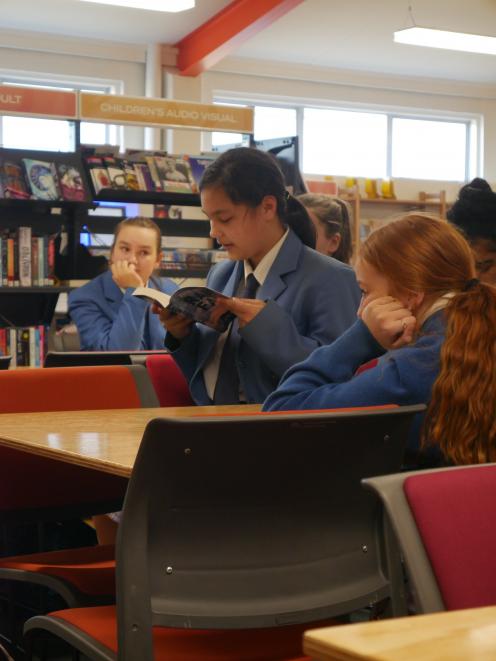 Writing in a particular genre could affect the outcome and the way the story was told. For example, at the end of a murder mystery, the reader would know who the murderer was, she said.

It was important for writers to include a lot of information and think carefully about the setting of a story.

‘‘Choose settings that are cool that you can write about.

‘‘Make it exciting; make it interesting.’’

Ms West told The Star the workshops were held to celebrate the publishing of her recent book Rain Fall.

She wanted to encourage people to make use of the community pop-up space, she said.