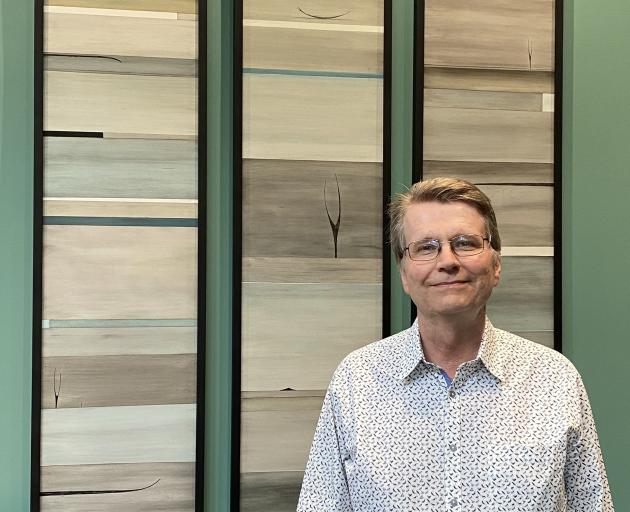 It has also been a year of creativity for the internationally respected Dunedin composer, who celebrated his 60th birthday in September by witnessing the Dunedin Symphony Orchestra’s world premiere performance of his Symphony No. 5, Childhood.

"After everything that has happened this year, it was just lovely to be able to be there in person to hear the symphony," Prof Ritchie said.

"It was a real credit to the orchestra that they were able to put that concert together, and they did a great job of performing the piece too."

Written for Christchurch Symphony Orchestra, the work was recorded by the CSO between Covid-19 lockdowns, and will be performed live by that orchestra in 2022.

"Getting live performances of works done is not easy, so having recordings made is very good," he said.

Along with his busy teaching and composition schedule, Prof Ritchie is in his first year of a three-year stint as head of the School of Performing Arts - made more complicated by the Covid-19 pandemic.

"Covid mucked up the first semester, but things have been better in the second semester - it has been a great relief to be able to meet in small groups to teach performance.

"A part of the head role is to think strategically, and we are having a review at the moment - it is a good time I think, especially with all the changes we have gone through.

"The Performing Arts School is in good heart - we have new people on board and our new building is a real boost for morale."

While the role has kept him very busy, making it tricky to find time for composition, Prof Ritchie was able to make use of time at home in April to start work on a new symphony.

"That’s going to be a work in progress for a while to come."

Prof Ritchie’s was delighted when his "quietly anti-war" work Gallipoli to the Somme, which had its world premiere in Dunedin in 2016, was voted New Zealand’s most popular classical piece for 2020 earlier this month.

The accolade came via RNZ Concert’s "Settling the Score" public poll of Aotearoa’s 100 favourite classical works - the first time a work by a New Zealand composer has won the top spot.

"It is good for New Zealand music in general, and contemporary music, that people are happy to vote for something new," Prof Ritchie said.

A large-scale work for soprano and bass soloists, choir and orchestra, Gallipoli to the Somme was commissioned by the Dunedin Symphony Orchestra to commemorate the centenary of World War 1.

As well as writing the music, Prof Ritchie put together the libretto, in consultation with conductor Simon Over and British biographer and librettist Dr Kate Kennedy, using the words of those most affected.

"Ordinary people - soldiers, nurses, lovers, children from different nationalities - they are represented in some small way in this work, through diary entries, poems, traditional texts and songs, and even a military plan of battle," Prof Ritchie said.

Since its first performance at Dunedin Town Hall, as part of the 2016 Arts Festival Dunedin, conducted by Simon Over and featuring the DSO, City Choir Dunedin, Southern Youth Choir and soloists Anna Leese and Martin Snell, the work has gone on to enjoy multiple performances, here and overseas.

The work’s final section - a beautiful setting of Ataturk’s famous poem about fallen Anzac soldiers - was recently performed in London’s Albert Hall by Voices of Aotearoa, an ensemble of Kiwi singers.

• The Whanau - Voices of Aotearoa, Far from Home performance was filmed and will be streamed online from November 23 at https://www.whanaulondonvoices.com.