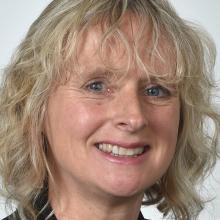 The seat was held by National’s Sarah Dowie, with reduced candidate and party vote majorities. Labour’s Liz Craig (50) is one of a large intake of new MPs swept into Labour’s caucus by the party’s improved showing. The formerly Dunedin-based child poverty campaigner moved to Invercargill last year to contest the seat.

Ria Bond, of New Zealand First, is out of Parliament, as her list placing (12) was too low to return.

Yesterday Dr Craig said she was delighted to be heading to Parliament and  there was genuine mood for change in Invercargill. The biggest issue in the city was health and the troubled Southern District Health Board, followed by housing, she said.

"The way our DHB is at the moment, we desperately need that extra resourcing that Labour was promising.

"I hope for the good of the country we can form a coalition that has got Labour as part of the Government," Dr Craig said.

She expected to be learning the ropes as a backbench MP for her first term and did not expect a significant portfolio.

She was disappointed Ms Bond had not made it back, because she worked hard and had a "real heart for Southland".

Ms Dowie (43) also was  disappointed Ms Bond would not return, as the pair had known each other for a long time.

She was pleased with her own result. 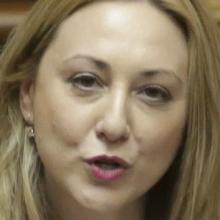 National MP Sarah Dowie has held the Invercargill seat. Photo: NZ Parliament
"I’m absolutely thrilled that Invercargill has chosen me again to be its representative."

On provisional results, Ms Dowie’s majority was down by about 2300 votes to more than 5100 votes.

The party vote was down — National was still well ahead of Labour, but its provisional majority was 4400 compared with 8300 in 2014. The final results could shift in Labour’s favour due to special votes.

Ms Dowie said National was delivering for Invercargill with money for economic development and support for first-home buyers.

She said the Southern District Health Board remained a significant issue but constituency queries  dropped significantly once a commissioner was appointed in 2015.