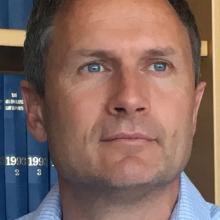 Andrew Geddis.
More than a million votes will likely be counted and made public by 7.30pm tomorrow, but the country faces at least two weeks of uncertainty, University of Otago law professor Andrew Geddis says.

Yesterday, a  record 806,043 advance votes had been cast since booths opened on September 11.

The advance voting statistics from the Electoral Commission show that by this day three years ago, 717,579 people had been to the polls.

Expected to be up to half of the total vote,  advance votes would be counted from 9am tomorrow. The 50% tally would go up fairly soon after polls close, perhaps about 7.30pm, Prof Geddis said.

Votes cast on the day would be counted by about 10pm, with the exception of far-flung booths.

Special votes — those cast overseas and late enrolments — took about two weeks to count, and could alter the result. With the two main parties almost neck-and-neck, at least a two-week period of uncertainty was likely.

"We are used to things becoming clear quickly because the last three elections have been."

Parties would start jostling for position immediately but would be constrained.

"They can’t really make any deals until they know the final numbers."

There was no automatic right for the party with the most votes to be favoured to form government, Prof Geddis said.

"The government does not have to include the biggest party.

"Once we get the results, the parties talk to each other in any order they want, however they want, and whichever grouping of parties can put together a majority."