Former Green Party co-leader Metiria Turei was a philosophical presence at an otherwise sombre gathering of party faithful in Dunedin on election night. 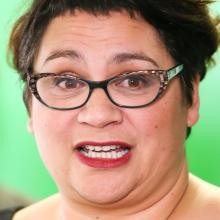 There was a sense of relief that the Greens made it into Parliament, but the mood was low. Contemplating the end of her political career, Ms Turei said she left it to voters to decide her fate when she stood in Te Tai Tonga.

She lost to Labour’s Rino Tirikatene by nearly 4000 votes.

"This is one of the benefits of leaving it to voters to make the decision about what my future was. I was very deliberate in letting voters decide."

The Labour resurgence hurt the Green vote, she said. But it faltered and softened in the "tumultuous" campaign, and Ms Turei was not sure why.

"It was very positive there for a while. I don’t know why it seemed to have softened in the end."

A Labour-Green government was still possible with Winston Peters, she said.

She had been through "worse elections" with the Greens, and  the party was likely to pick up an extra MP with special votes.

Of what she would do next, Ms Turei said: "Who knows — it’s a wide open world." 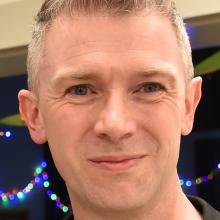 Shane Gallagher.
She had no regrets about the benefit fraud admission, which had changed the course of the campaign.

"It was the right thing to do.

The Green Party vote was down significantly in both Dunedin seats. Dunedin South candidate Shane Gallagher said a "massive influx of volunteers" worked to turn around the party’s fortunes when it seemed in danger of not being returned to Parliament.