By Hamish MacLean
0 Comments
Amassing about two-thirds of all votes cast for mayor, Waitaki Mayor Gary Kircher says he feels positive about the direction of the district and the "good endorsement" from Waitakians.

While there was general agreement among voters that he had performed well as mayor over the last term he knew from the campaign there was more work to be done, he said. 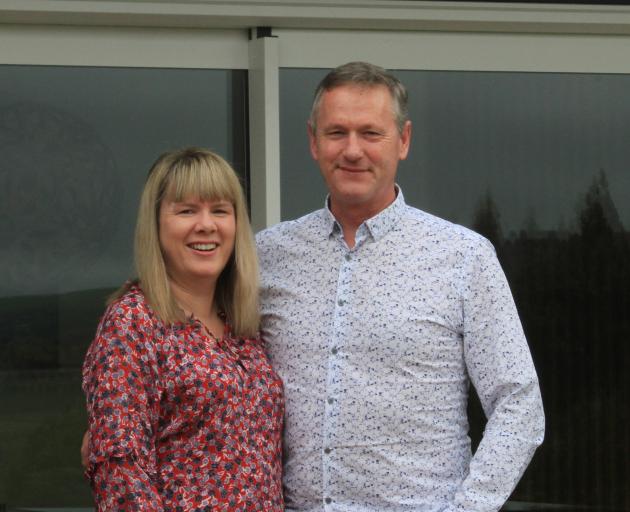 Kerry and Gary Kircher relax at their Weston home today. Mr Kircher was returned as Waitaki mayor for a third term, receiving roughly two-thirds of all mayoral votes. Photo: Hamish MacLean
"I can always do better and that's really my task from here -- make sure I do,'' Mr Kircher said from his Weston home this afternoon.

"The overall direction (of the Waitaki district) is positive; we're getting a name for ourselves around New Zealand and we're a district moving forward."

He said while communication at the council had improved over the past three years, there was more work to do there as well as some Waitaki residents did not yet know the "breadth" of the Waitaki District Council's work.

And a message from some voters was "there are some gaps".

"And we need to fix those gaps. And we need to be as transparent as we can be around what we're doing about different issues. There's a number of things there that we absolutely can do better. And hopefully we will.''

All four incumbents were re-elected in the Oamaru ward, today's preliminary results show.

And in Ahuriri, Ross McRobie was unopposed.

"The reality is, people voted in ones that will work together really well," he said.