Amazing scenes as hundreds flock to save stranded whales 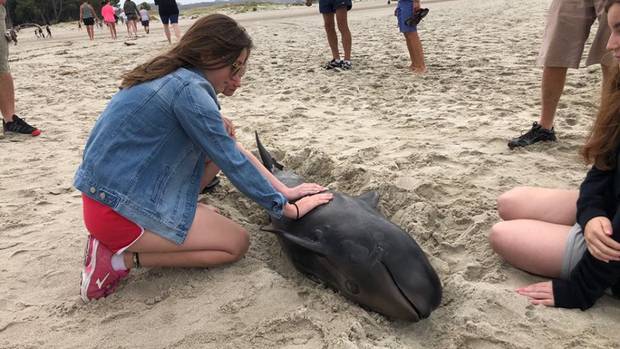 The stranding happened early this morning. Photo: Megan Norcross via NZ Herald
About 1000 people have rushed to try and save a pod of pilot whales that stranded in the Coromandel.

A number of pilot whales have stranded on Matarangi Spit, and cannot be refloated until high tide at about 2.30pm. Four have died and seven are still alive.

Locals and holidaymakers have rushed to the scene with blankets and buckets of water, and channels have been dug in the sand in preparation for refloating.

A spokeswoman for the Department of Conservation said its staff were leading the response, with about 1000 people turning up to help.

"The surviving whales are being cared for on the sand by volunteers who are keeping them comfortable, covering them with sheets and buckets of seawater being gently poured over them to help protect their skin from drying, and to keep them cool. 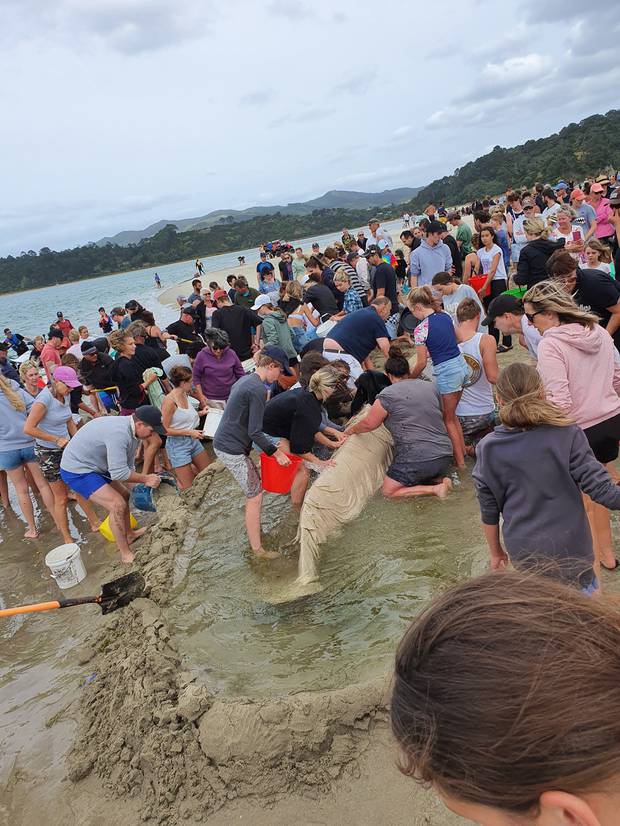 People flocked to the beach to offer assistance when they were alerted to the stranded pod of whales. Photo: David Campbell via NZ Herald
"We do not need more people to assist with the whales. We have plenty of help which we appreciate."

Police, rural fire brigade members and the harbourmaster are also helping out.

Earlier today, Daren Grover, general manager of the charity Project Jonah, said care needed to be taken around the animals. People should avoid going anywhere near the animal's tails, and not try to move them or drag them towards the water.

"Our concerns are to ensure that people do the right thing around the animals that have survived - we believe at least several of them are still alive, We have some trained volunteer medics who are on the road there. 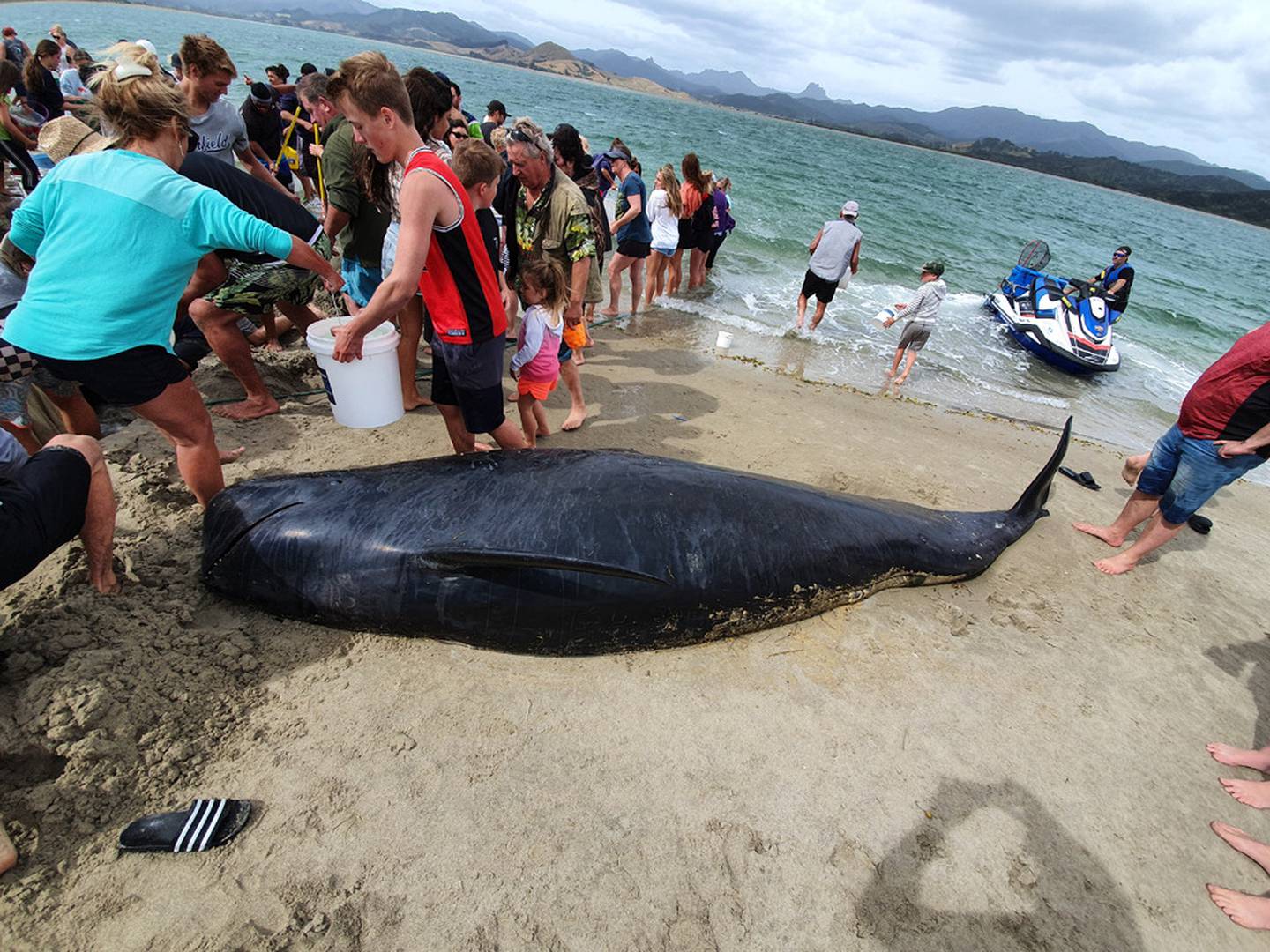 People work to save the remaining whales as a dead whale lies on the beach following the stranding. Photo: David Campbell via NZ Herald
"We have a few watch words that we ask people to consider, and that is to keep them cool, to help them be comfortable and to work calmly around them...keep any small, yappy dogs away, and we don't want any toddlers or children in amongst the whales because it can be unsafe.

"These are highly-stressed animals out of their natural environment. Please respect the whales and any instructions you are given by authorities on the beach, it will give these animals the best chance of surviving."

Grover said pilot whales and dolphins were "pretty robust species" that could survive for as long as several days on the beach.

"That's not to say there might be an underlying issue like an illness...we will be responding as if our opportunity is to refloat them this afternoon."

More species came closer to shore at this time of year, Grover said, including pilot whales. They may have been caught out by tides, including when chasing prey or fleeing predators themselves.

"It could simply be that one or two in the pod are old, and if they are old they want to take their last few breaths without struggle so they come up on the beach, but they have a strong herding instinct that will kick in and lead to events happening like this one this morning."