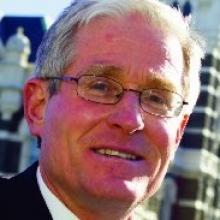 Mark Henaghan
Better parental leave should be made a priority in New Zealand, because  support for children in their early years pays "massive dividends" when they grow up, an Otago academic says.

Changes to  parental leave will take effect next month, after  the Government agreedlast year to increase the leave to 26 weeks by 2020. Data made public last year revealed only 1% of people receiving parental leave in New Zealand were fathers, and recently experts urged the Government to provide more support to parents.

Family law academic Prof Mark Henaghan said countries  where both partners could take leave at the same time found it led to societal advantages, such  as people displaying more respect and tolerance for one another.

New Zealand could experience improvements in society as a whole if it provided better parental leave, as some countries, for instance in Scandinavia, did.

"No country is perfect, but they do put a lot more support into the early years," he said.

Making changes to paternity leave so more men took it should be a "slightly higher priority" for the new Government, he said.

Shared parental leave led to a "more harmonious" family life and stronger bonds between parents and children, Prof  Henaghan said. It made sense that in New Zealand women were the ones to stay at home in the vast majority of cases, since men tended to earn more,  Prof Henaghan said.

High house prices were another  reason why people might be even more reluctant to have the highest-earning partner take time off work. Superannuation tended to take priority over support provided to children in their early years, which was perhaps because babies "don’t get the vote themselves".

"You can’t get those first few months back," Prof Henaghan said.