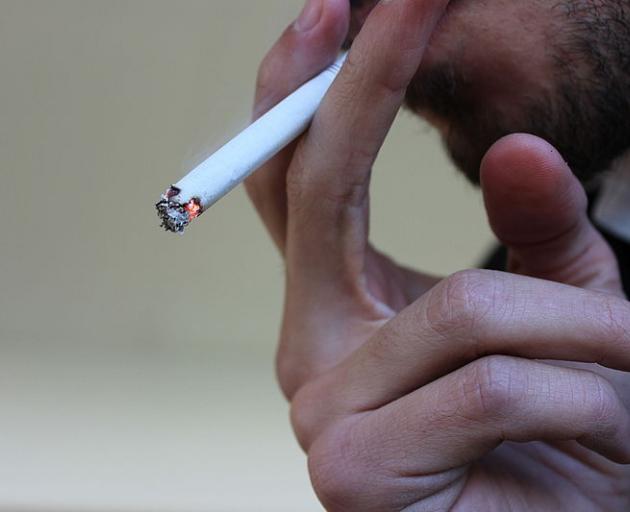 The Government set a goal for New Zealand to be smoke-free by 2025. Photo: Wikimedia Commons

A pack of 20 cigarettes will increase from about $20 now to about $30 in 2020, after hefty new excise increases were announced as part of the Budget.

The tax on tobacco will rise by 10% on January 1 each year for the next four years. That is expected to bring in an extra $425 million in tax over that period.

That rate increases to 35% for Maori, and 22% for Pacific people.

Today's announcement was jointly made by Maori Party co-leader Marama Fox, who said she was proud to advance the work of the party's previous leader and former associate health minister Dame Tariana Turia.

"Previous excise increases reduced per capita tobacco consumption by around a quarter and prompted thousands of smokers to quit, and we're not stopping there."

Asked after his Budget address if the tax was more about revenue gathering, Finance Minister Bill English said the evidence was that tax hikes would bring down the number of smokers.

Mr English said some people may feel targeted, but the tax hikes sent a "clear and consistent" message that, in the long-run, New Zealand was committed to drastically bringing down smoking rates.

However, heart-health campaigners say though the tax increases will be good for Kiwis' health, they are far too small.

The Government expects the four annual increases will push the price of a typical cigarette from $1 now, to $1.50 in 2020.

The Heart Foundation supports the new series of 10% increases, which follow several years of the same annual medicine, but said today the new measure would be much more effective if it was far bigger.

"Unfortunately, we've seen that 10 percent increases have lost their impact, as both the tobacco industry and smokers have been able to adapt to these increases each year."

"We know that most smokers would love to quit. Increasing tobacco tax is one of the best ways to reduce smoking."

"Smokers already pay more than three times the health costs of their habit. Penalising people for voluntarily choosing a damaging habit is morally questionable when the very people who pay are those who can least afford it.

"But governments always 'need' more money and public health is a convenient excuse."

"The socioeconomic make-up of tobacco consumers means that these higher taxes land on those who can least afford it. It means the Budget is giving with one hand but taking with the other."

Mr Williams asked why - if the Government was genuine about reducing smoking and not also being influenced by the extra tax revenue - it not legalised electronic cigarettes, which England's public health agency estimated were at least 90 percent less harmful than smoking and were Britain's leading quit-smoking tool.

"It's ... a legal product. Food kills a lot of people in this country - that is a tsunami of medical problems coming our way, what's [the Govt] going to do about that?

"You could look at all the moral and medical issues, but frankly if it's a legal product why are they slamming working people so hard on that matter?

"A lot of children will not be fed because of that."