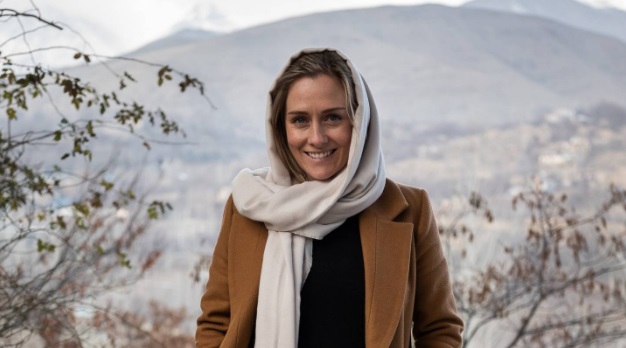 Hipkins' incorrect comments included that Bellis had been offered consular assistance which she had not taken up - comments that were turned against Bellis and her partner and used to abuse them online.

Hipkins formally apologised to Bellis in a letter dated March 15. The apology was acknowledged publicly by the minister today.

The public acknowledgement comes after the Government decided not to appeal a High Court decision that found aspects of MIQ unjust. Prime Minister Jacinda Ardern has so far avoided answering questions about an apology in that case.

As criticism mounted against Hipkins over his handling of the situation, he released personal information without her consent about when he believed she had arrived in Afghanistan and that she had been offered consular assistance.

This information turned out not to be true. Bellis was not in Afghanistan at the time the assistance was allegedly provided.

The information was used against Bellis. People misinterpreted Hipkins' comments and posted online Bellis had turned down MIQ spots, which was untrue, and also directed abusive comments towards her.

Hipkins came under further pressure after it was revealed the information was provided to him by officials who also told him it was "not for public comment".

Hipkins has repeatedly refused to answer questions about his actions, citing Bellis' privacy.

The New Zealand Herald reports this morning Hipkins wrote to Bellis on March 15 to offer a formal apology for his actions.

"I stated that 'emergency allocation criteria includes a requirement to travel to New Zealand within the next 14 days'.

"Whilst it was generally a requirement for applications to be made within 14 days of travel the MIQ guidelines did have an exception to this requirement.

"I have since been made aware that Ms Bellis was relying on special circumstances in respect of her application as she was in Afghanistan and that MIQ deactivated her application in error.

"In addition I stated that 'I also understand she was offered New Zealand consular assistance twice since she returned to Afghanistan in early December but has not responded. Again, I encourage her to take up any offers of assistance'.

"I have subsequently been made aware that these comments were not accurate.

"Ms Bellis was contacted once in August, and once in December whilst in Europe. In August she was not pregnant and communicated she did not need assistance.

"In December she was not in Afghanistan and it followed the Government's announcement that the border would reopen to NZ citizens in February when she planned to return ahead of her child's birth.

"Ms Bellis had not previously been offered, nor ever refused, an MIQ spot.

"On 15 March I wrote to Ms Bellis apologising for the errors in my comments, and the inclusion of personal information in the statement and for the subsequent distress it caused her."

Bellis now lives in Christchurch with her partner Jim Huylebroek. She recently gave birth to their daughter in the city.

In a statement, Bellis said despite the abuse she and Huylebroek received, they stood by their actions to "shine a light" on the MIQ system.

"The inaccurate information the Minister released to the media caused widespread confusion amongst the public and resulted in unwarranted verbal abuse towards myself and Jim.

"We stand by our decision to speak out about our experience with MIQ to shine a light on a system that was no longer fit for purpose and affecting so many New Zealand families; as well as hold Minister Hipkins to account for his response to our personal case.

"We look forward to putting this behind us and enjoying a new chapter with our daughter."