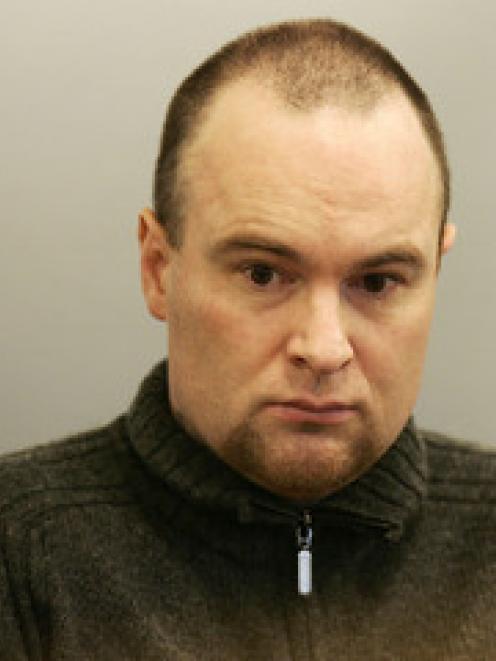 Antonie Dixon
Murder accused Antonie Dixon sometimes feigned symptoms in an attempt to mislead people over the state of his mental health, the High Court in Auckland was told today.

Forensic psychiatrist Dr Justin Barry-Walsh said Dixon's personality disorders, which were not a disease of the mind, combined with likely heavy methamphetamine use made it difficult to give an accurate assessment of his mental health.

Dixon, 40, faces eight charges relating to incidents that occurred in January 2003 when Renee Gunbie and Simonne Butler were attacked with a samurai sword at Pipiroa near Thames and James Te Aute was shot dead in Auckland.

Dixon was found guilty in 2005 of eight charges, including murder and causing grievous bodily harm but the Court of Appeal later ordered a second trial, suppressing its reasons for quashing the first trial.

Dr Barry-Walsh said he was unable to give a definitive opinion about Dixon's mental state but said his "fluctuating behaviour" was consistent with his mental disorder.

Under cross-examination Dr Barry-Walsh said any assessment he made was in part dependent on the truthfulness of the patient.

Dixon, in two meetings with Dr Barry-Walsh in 2005, talked of a conspiracy against him involving the police.

"Mr Dixon was repeatedly at pains that it was his opinion that the conspiracy continued."

Dixon did suffer from personality disorders which complicated the assessment, he said.

"There has been a theatrical quality to the way he has acted."

Dixon also appeared to have been a heavy methamphetamine user which Dr Barry-Walsh admitted could have contributed more to his actions that evening than his mental health.

"Manipulation seems to be a feature of his personality, yes."

Mr Marchant asked why Dixon would be making some of the symptoms up.

"I find that hard to answer."

Dixon felt it was in his best interests to exaggerate and to feign symptoms to escape conviction, he said.

"Equally it doesn't help (Dixon) at all."

Dr Barry-Walsh said a picture had emerged of an impulsive, overactive man who lacked in judgment and could not help but shoot his mouth off sometimes.