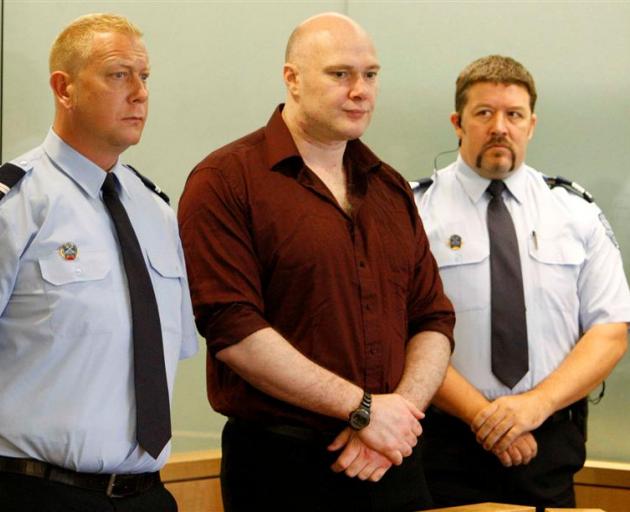 It is understood Burton was stabbed by another inmate at the prison at Paremoremo, north of Auckland.

Double murderer Graeme Burton is arguably one of the country's most dangerous men who became a household name 10 years ago when he embarked on a terrifying spree of violence and murder.

In January 2007 Burton gunned down father-of-two Karl Kuchenbecker, shot two other men and wounded a handful of others in Wainuiomata and Wellington - the tragic climax to six months of drug-fuelled offending.

Burton's crimes shook New Zealand, even more so when it was revealed he was on parole at the time.

In 1992 Burton, again fuelled by a cocktail of illicit drugs and alcohol, murdered Paul Anderson after being denied entry to a Wellington nightclub.

During the 2007 incident Burton was shot in the leg by police and the limb was subsequently amputated.

Chief Custodial Officer Neil Beales said prison guards acted immediately to bring the incident under control and the injured inmate had been taken to hospital by ambulance for medical treatment.

"His condition is not life threatening," he said.

"Police have been informed and are investigating, and Corrections will also carry out an investigation into the incident.

"Violence is never acceptable and all prisoners who resort to this behaviour will be held to account."

Beales said over 75 per cent of the prison population have convictions for violence in their offending histories, and gang members are disproportionately identified as responsible for assaults in prison.

"The prisoners involved in this incident are gang affiliated," he revealed.

"We are constantly working to achieve the safest environment possible for staff and prisoners."

Auckland Prison is New Zealand's only maximum security facility and accommodates some of New Zealand's most difficult and challenging citizens.

A new $300m facility at Auckland prison is due to open this year.

The new facility will provide state of the art modern and safe accommodation for maximum security prisoners, and mental health treatment.