Fingerprint data to be shared

New Zealand and Australian immigration officials have begun sharing fingerprint information, hoping to crack down on criminals and people trying to get into the country with false identity papers.

Not everyone coming into the country would be fingerprinted but the measure was primarily aimed at people applying for refugee status, particularly those with no identity or with no passports, Immigration NZ programme manager for identity and biometrics, Arron Baker said.

"It's a small scale arrangement but it's significant in that this is the first time that we have been running a biometric matching agreement international from an immigration point of view."

Immigration NZ has a database of about 4700 fingerprints collected from people trying to illegally enter the country over a number of years.

One-hundred-and-thirty false identities are detected at our borders every year.

The programme will expand to include checks with the United Kingdom, Canada and the United States under the umbrella of the Five Country Conference, which had developed a system for securely matching fingerprint biometrics of persons of interest.

There were substantial privacy safeguards and fingerprints of the countries' citizens would not be shared, Mr Baker said. 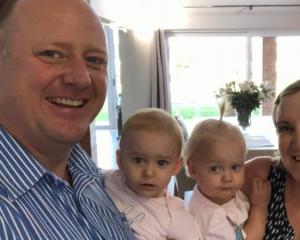