Defamation case against Little going ahead 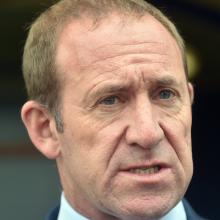 Mr Little publicly apologised yesterday after the Auditor-general found no link between a donation made by the couple and a hotel management contract.

The Hagamans issued proceedings last June over statements Mr Little made about a hotel management contract in Niue that was awarded to Earl Hagaman's company Scenic Hotel Group.

The contract was awarded a few weeks after Mr Hagaman gave $101,000 to National during its 2014 election campaign.

Mr Little called for the Auditor-general to look into the matter, saying the "revelations about the Scenic Hotel Group and its resort contract in Niue stink to high heaven''. 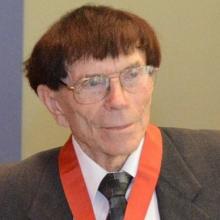 The Hagamans gave Mr Little a one-week deadline to retract his comments and apologise last year, but he refused, saying he would address the legal issues once the Auditor-general had dealt with his referral.

Last September, the Auditor-general said that from the information available, there had been a "standard procurement process, with reasoned and documented analysis for the selection of Scenic Hotel Group as the hotel operator for the resort and for the subsequent investment of New Zealand international development assistance funds in expanding the resort''.

Mr Little said yesterday he had "made a serious effort'' to resolve the issue with the Hagamans over the past three months, but his offers of an apology and redress had been rejected.

"Today I want to publicly apologise unreservedly to Mr Hagaman for any hurt, embarrassment or adverse reflection on his reputation which may have resulted from my various media statements,'' Mr Little said.

"I have offered that apology to the Hagamans.

"I have also offered to make a substantial contribution towards the Hagamans' costs; an amount I am advised, was greater than would likely have been awarded by the court.

"I want to make it clear that the object of the criticism was the actions of the National Government and that I intended to reflect no impropriety on the part of Mr Hagaman.

"I accept that no connection has been established between the donation and the award of the management contract and the hotel upgrade,'' Mr Little said.

He said the court proceedings were "unfortunate'' and "everybody's time, not least the court's, could be better used''. -