0 Comments
Parts of the South Island's east coast have been battered with hail the size of golf balls and torrential downpours.

A fierce storm struck Timaru this afternoon, hammering the central business district with hail. Lightning strikes and thunder claps also rang out around the city.

The front which caused the chaos is was earlier moving north and a severe thunderstorm warning was issued for Christchurch, Hurunui, Ashburton, Selwyn between 2.30pm and 3.30pm.

However, just after 4pm the MetService lifted its severe thunderstorm warning for the Canterbury area. A general thunderstorm outlook remains in place for large parts of Canterbury and Otago. 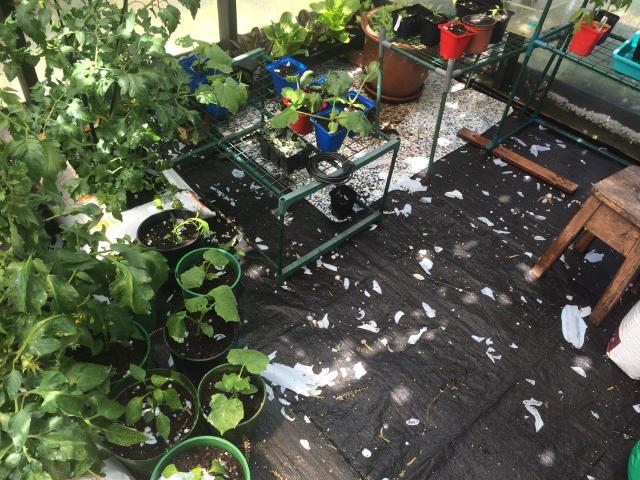 "It was bouncing down Stafford St . . . it was quite dramatic,'' Mr Julius said.

The hail storm lasted for about 10 minutes.

WeatherWatch NZ reported "dramatic downpours" passing over Timaru and further south in Oamaru, with one downpour blanketing Timaru in thick and heavy hail.

"The downpours may contain thunder as well but should ease this afternoon," the forecaster said.

He said the spouting on his house looks like it had been hit by bullets.

An egg tray shows the scale of some of the hailstones. Photo: Luke McGoldrick via NZ Herald

Niwa meteorologist Seth Carrier said the conditions were similar to those that caused Monday's tornado in Christchurch.

He said the hot sun was causing rising columns of air - which form serious thunderstorms.

What to do in storms

The Ministry of Civil Defence and Emergency Management advises that as storms approach you should:

• Take shelter, preferably indoors away from windows;
• Avoid sheltering under trees, if outside;
• Get back to land, if outdoors on the water;
• Move cars under cover or away from trees;
• Secure any loose objects around your property;
• Check that drains and gutters are clear;
• Be ready to slow down or stop, if driving.

During and after the storm, you should also:

• Beware of fallen trees and power lines;
• Avoid streams and drains as you may be swept away in flash flooding.

- By Rebecca Ryan and NZ Herald