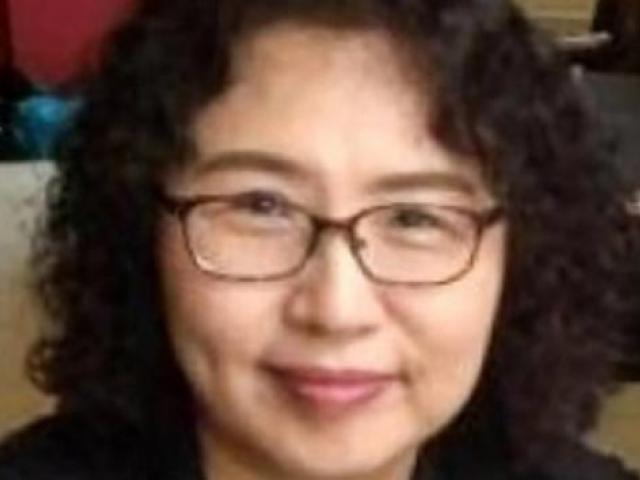 Elizabeth Zhong Photo: Supplied via RNZ
Police say they are continuing to make progress on a homicide investigation after a woman was found dead in a car in east Auckland.

Police found a body in search for missing 55-year-old business woman Elizabeth Zhong, or Zhong Ying, in Sunnyhills on Saturday, and a homicide inquiry was launched] on Sunday.

Officers and operators were still surrounding Zhong's house on Suzetta Place in Sunnyhills today. The body was found just a few streets away on Roadley Avenue.

Police will remain at the Suzetta Place property this week as the scene examination will take some time, he said.

A neighbour said Zhong was a private woman and what happened came as a shock. She said she had noticed something unusual over the last few months - a man who didn't live there would sit in a car watching Zhong's house.

"He'd come two, three times a day and just sit in the street - never got out and he would do that for quite a while, and for the last three weeks, I haven't seen him."

She said it was a quiet street and neighbours always looked out for each other so she noticed the man. She hoped justice would be served.

"It's very sad and an absolute shame and I hope whoever did this will be brought to justice, because nobody deserves that type of treatment," she said.

Another neighbour, Daniel, said he and Zhong would often greet each other, and said she seemed to be a nice person.

"I'm a little like dumbfounded...I don't really know how to feel about it, especially since this neighbourhood has been really quiet. I never really expected this could happen," he said.

On Roadley Avenue, where the body was found, flowers have been placed on the grass near where the car was parked.

Doris, who lives close by, said she saw the car parked there on Thursday. She said police came on Saturday and cordoned off the street and a huge tent was put around the car.

They stayed until after midnight and by Sunday morning, everything returned to normal, but officers were taking statements from neighbours, she said.

"I went out and had a look to see if the car was registered, which it was, is registered. It's registered until next November and I thought, well, it's registered so it belongs to somebody. I didn't touch the car and I didn't know there was a body inside," she said.

Another woman who lives on the street thought it was strange the car was abandoned so close to Zhong's house.

Police will continue to speak to people known to Zhong and examine CCTV footage.

"There is now a dedicated team of investigators working on this investigation and are determined to hold any persons responsible to account," Vickers said.