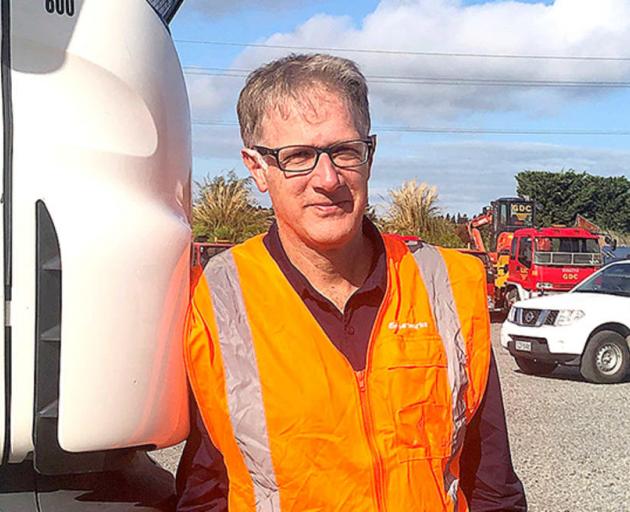 HES Aotearoa has been approved a land use consent to construct a solar farm in Lauriston and also has a consent application being processed by the Selwyn District Council for a site near Dunsandel.

The company is expected to develop a pipeline of nearly 350 megawatts (MW) of utility scale PV solar assets across the country, supporting the government's commitment to achieving 100 percent renewable energy generation in the country by 2030.

The Lauriston site is understood to be capable of producing 50 MW of power, which EA Networks chief executive Roger Sutton said is enough power to mean that the district would be energy self-sufficient on a normal day, and not have to take from the national grid.

"On days when there is little irrigation load or not much heating load, the district would be self-sufficient and it might even be a net exporter of energy to the grid," Sutton said.

The district has the Highbank hydro-electric power station that can generate up to 25 MW, he said.

The average load on the network during the day in winter is around 50 MW and rises to 180 MW in summer when irrigators are in full swing, Sutton said.

Highbank produces half the power required in winter, but does not operate in summer as the water is used for irrigation.

Sutton said the increase in solar, and other renewable energy sources, changes the supply and demand balance and will lead to lower prices for customers.

"At the moment the amount of solar in New Zealand is actually very small and produces around 1 percent of our energy.

"The forecasts are that within 15 years maybe 15 to 20 percent on some days will come from solar."

While a large scale solar farm is in the works, Sutton said he is unaware of any plans for wind generation.

To be entirely energy self-sufficient Sutton said the district would need 300 MW of solar power.

"We would have to take energy from the grid at night when the sun wasn't shining, but during the day we would have more energy than we knew what to do with."

To be fully disconnected from the grid would require an incredible amount of storage for the excess power generated.

As demand on the grid increases, Sutton said he was confident of keeping the lights on in the district as there are "so many plans out there for renewable generation".

Council looking at solar power
The Ashburton District Council will be looking into solar provisions as part of its Climate Change Resilience policy.

Mayor Neil Brown said the new library and civic centre is being wired for solar, but panels will not be installed yet.

With the EA Networks Centre looking for potential cost saving measures, installing solar panels has been suggested as an option.

The topic was discussed during the annual plan hearings with a suggestion solar panel provisions should be looked at in the next long-term plan, however, through the council's new climate change policy there is a climate change resilience plan being prepared which will now incorporate solar power.