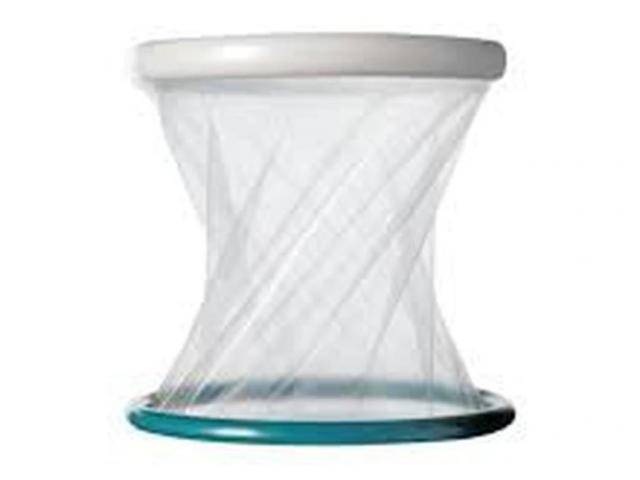 An Alexis Wound Retractor (AWR) - a tool used to hold open a surgical wound.
A cancer patient who was rushed to hospital two weeks after a surgical tool "the size of a bread and butter plate" was unknowingly left inside his abdomen did not live to see today's investigation findings.

Two and half years after the major error, Waitematā District Health Board management has been forced to apologise - a courtesy the family say they weren't given.

The death of the man in his 40s was not related to the surgical blunder, a Health and Disability Commission (HDC) spokeswoman told the Herald.

But the family told health watchdog officials they were extremely concerned about the avoidable delay the surgical error caused to their loved one's chemotherapy when he had aggressive liver tumours.

"We cannot stress enough, the impact of this error on our family," his wife said in the report.

She told HDC her husband was in severe pain and his mental health declined significantly after the surgical error.

Names of the family were not included in the report for privacy reasons.

The man underwent emergency surgery at Waitemata DHB to treat a perforated colon in December 2018.

More than two weeks later, he was rushed to hospital with abdominal pain and nausea.

Imaging found that a surgical instrument had been left in his abdomen inadvertently following the surgery.

Four days later he underwent surgery to remove the instrument, which was found to be an Alexis Wound Retractor (AWR) – a tool used to hold open a surgical wound.

Today, the DHB have been found in breach of the Code of Health and Disability Services Consumers' Rights for failures in its care of a man undergoing surgery.

As a result, the DHB was given a number of recommendations to ensure the error doesn't happen again including; an up-to-date policy to ensure all surgical items are counted, random audits of 10 surgical procedures and extra training to staff "on the importance of vigilance and challenging assumptions".

Health and Disability Commissioner Morag McDowell said this case highlighted the risk in assuming that a highly unlikely event – in this case, the retention of a large surgical instrument – would not happen.

"It also reinforces the importance of routine safety checks during surgery," McDowell said.

The grieving widow told McDowell no one from Waitematā DHB apologised properly from the start.

Had staff owned up immediately and properly apologised for the error straight away, she and her husband would have been fine - but that was not the case, she said.

The DHB has also been referred to the Director of Proceedings to decide whether any proceedings should be taken.

In the report, the DHB said it sincerely apologised to the man and his family for the distress caused, and for any impact on his treatment as a result.

DHB officials told HDC that its team reflected on the incident and also expressed their concern for the man and the distress this event has caused him.

How did the error happen?

The DHB said the piece of equipment was not included in the final count sheets. The DHB's theatre count policy didn't list specific items to be counted.

Officials also said: "The operation was long, possibly resulting in staff fatigue, which may have contributed to the failure to recognise that the AWR had become displaced."

Today, Waitematā DHB's management issue a statement saying it had met with the whānau and issued a formal apology.

"We apologise publicly in recognition of the HDC report and with genuine acknowledgement of the distress experienced by those concerned," the statement said.

"We have an organisational promise to deliver best care to everyone and, in this instance, the care we provided did not live up to this promise or the high standard of care we expect of ourselves."

It said the recommended changes had been made.