0 Comments
A Isis-inspired terrorist has been fatally shot by police and six shoppers have been injured - including three critically - in horrific scenes at a West Auckland supermarket this afternoon.

Prime Minister Jacinda Ardern said it was a terrorist attack carried out by a known threat, who was under constant police surveillance. He was a Sri Lankan man who moved to New Zealand in 2011 and was a sympathiser with Isis (also known as Islamic State and Syria).

"What happened today was despicable. It was hateful, it was wrong. It was carried out by an individual, not a faith, not a culture, not an ethnicity but an individual person who is gripped by ideology that is not supported here by anyone in the community,"  Ardern said.

She said she was "so sorry" the attack had happened.

The injured are believed to have been attacked in the New Lynn mall Countdown before their assailant was then fatally gunned down by police.

A brave bystander at the mall helped a wounded woman who had been stabbed on her right hip.

The witness wrapped the injured woman's jumper around her and still had blood on her when she spoke to The New Zealand Herald.

The witness told the Herald the woman ran out of the mall as other shoppers were screaming: "He's got a knife".

As people scrambled to evacuate others yelled "He's got a gun" and the injured woman got up and fled the scene.

The witness says the adrenaline was still pumping after the horrific attack.

Auckland City Hospital has multiple operating theatres running to treat the injured - who have suffered chest and neck wounds. Two major abdominal cavity surgeries are under way, the Herald has been told. 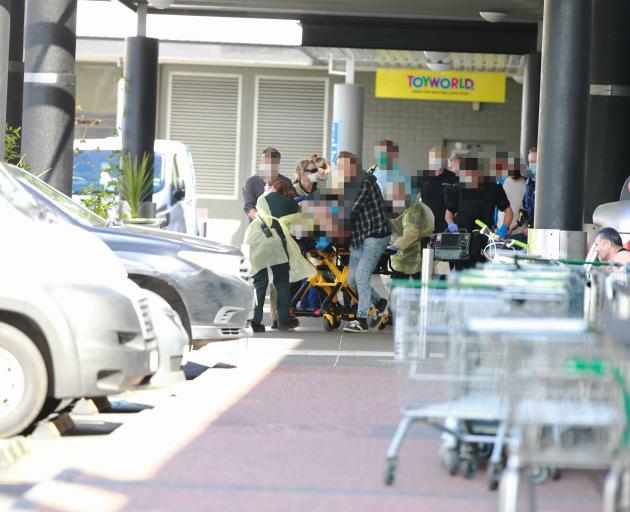 'Someone with a knife in there'

In a video posted to social media, shoppers can be heard warning each other about "someone with a knife in there" - shortly before a series of gunshots rang out.

A witness, who didn't want to be named, said they saw two people stabbed - a possible middle-aged Pākehā woman and an older man.

Ambulances and police officers were at the scene, as well as reports of the police Eagle helicopter in the area.

Moments later, the suspected attacker was shot by what looked like two undercover cops and fell to the ground.

The witness said customers then rushed to shelter in the aisles.

Another ambulance arrived at the scene shortly after 3.30pm with ambulance officers wearing gowns.

An Auckland woman on the verge of entering the mall has described the chaos and traffic jams that followed as panicked shoppers fled the shopping centre.

The woman who was in the carpark preparing to go into the supermarket said she was stopped by police officers who ran up to her car and told her to get out immediately because there had been a shooting.

"People were panicking and it was a gridlock trying to get out of New Lynn. Police and ambulances were everywhere," she said.

"I was told by another police officer while I was waiting be diverted that someone had been stabbed. "

She said it took around 20 minutes to get out of the area.

"Police cars kept arriving and people were running away from the mall trying to get out of the area.

"I was thankful I didn’t arrive five minutes earlier as I would’ve been inside."

Armed police have swarmed on the mall. Photo: NZ Herald

A Countdown spokeswoman said the company was "devastated by what's taken place in our Lynn Mall store today".

"Once again, our hearts are heavy knowing what our team and customers have witnessed and been through. Our thoughts are with those who were injured and their families, and we will be supporting all of our Lynn Mall team."

A pharmacy worker at Lynn Mall says they were barricaded in the pharmacy, according to RNZ.

The pharmacy is located at the other end of the mall to Countdown, so staff did not witness the incident but a customer reported cars rushing out of the mall's car park.

A bus can be seen parked in the middle of Great North Rd near the Lynn Mall entry.

An RNZ journalist at the scene spoke to George Francisco, who was outside the mall when he got a panicked call from his wife, who works at a pharmacy inside.

She told him she saw a woman running through the mall, saying she had been stabbed.

His wife then heard five gunshots.

She told him that a "number of people" were wounded.

He now cannot phone her back. 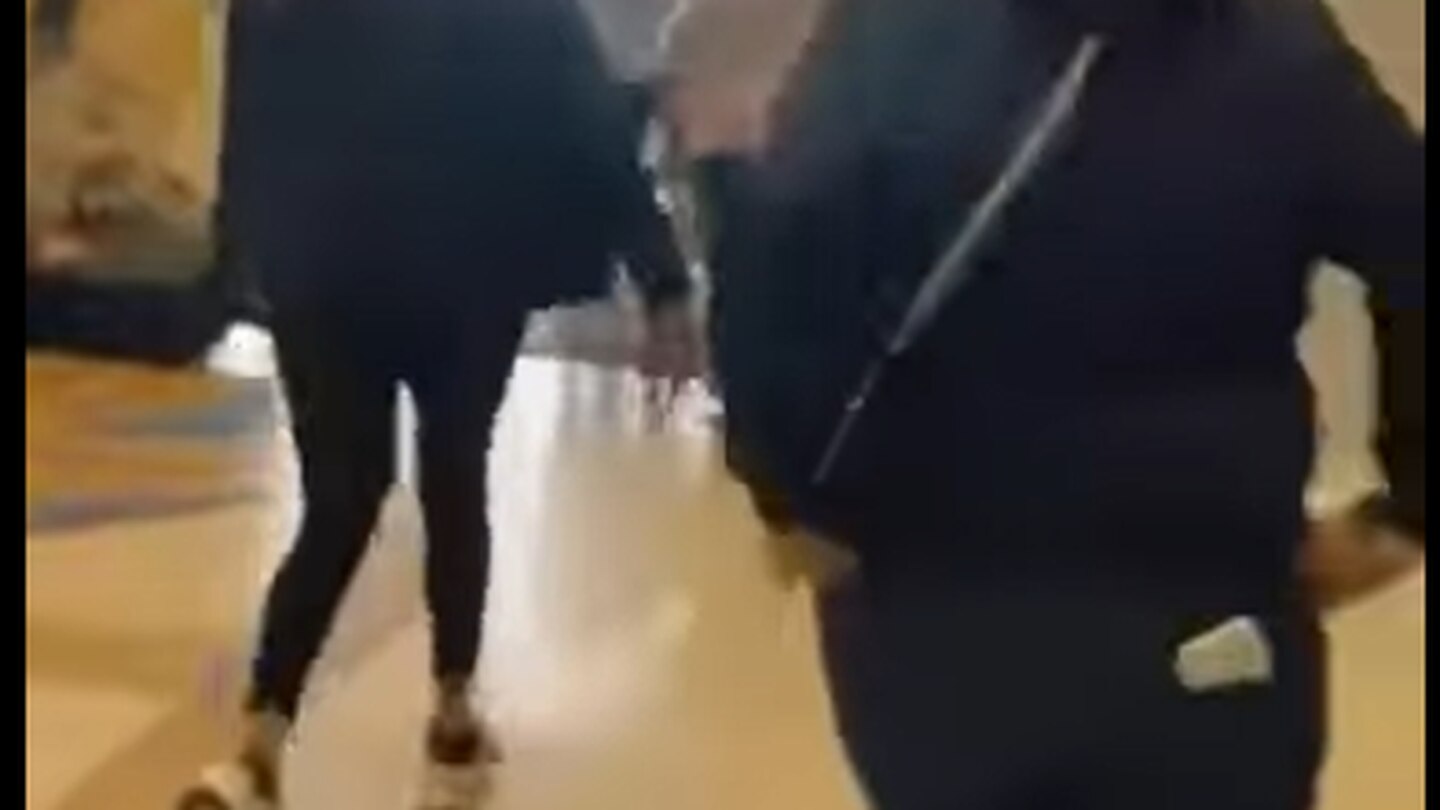 A staff member at Lynn Mall Pharmacy says a person coming to pick up a prescription ran in and alerted them someone in the mall might have a weapon.

She says they closed their shutters to keep everyone inside safe - and have been in contacted with another pharmacy in the mall which was also locking down.