Giving the South Island it's distinctive snow-capped jagged peaks, the fault has moved more over the past 25 million years than any other known on-land fault.

Researches from Victoria University and GNS Science found that over that time, the two sides of the South Island shifted relative to each other more than 700 kilometres along the fault.

The next largest fault movement was on the Altyn Tagh Fault in Tibet, with a mere 475km.

But the new research has blown that out of the water.

"It had been thought that the answer might lie in the shape of the belts of rock that run across New Zealand, starting south of Dunedin and curving up to the Alpine Fault, twisting and stretching over time. But nobody had been able to prove it," Dr Lamb said.

"By simply looking at it another way - at geological maps of New Zealand together with studies of the direction of magnetisation in the rocks - we discovered that the missing displacement was actually on the Alpine Fault itself."

"The key to this new understanding is the realisation that the rocks had actually shifted about 250 kilometres in the opposite direction prior to this, and so to make up for this, the more recent motion is much bigger than we had thought. At this time New Zealand was part of Antarctica and Gondwana.

"I don't think anybody in their wildest dreams would have thought that displacements on the fault could be so large, and also change direction so dramatically through time."

Dr Lamb said the findings were published in the American Geophysical Union journal G³. They brought "new light" to our understanding of plate movements.

"It's a great demonstration of the power of plate tectonics as it offers answers to a bigger puzzle about what happened in Antarctica over 65 million years ago, on the other side of an ocean from New Zealand and when dinosaurs roamed.

"It may also have implications for why the Alpine Fault is the main hazard for earthquakes in the South Island." 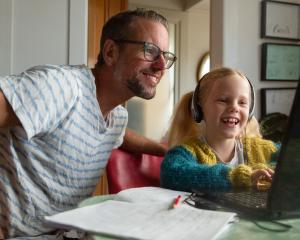