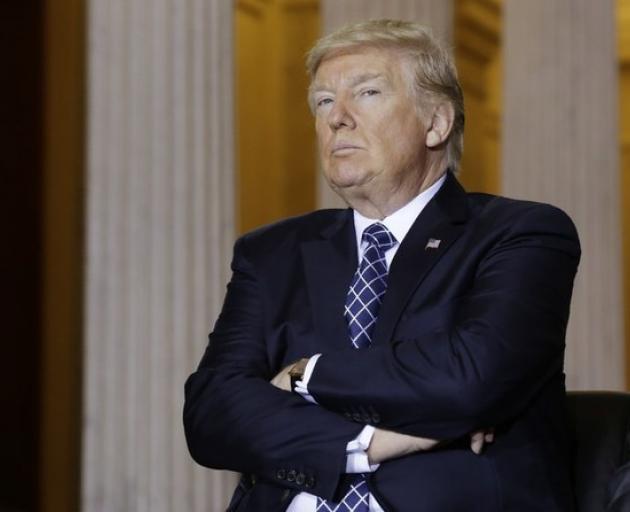 Asked if she thought Trump was a bully, Prime Minister Jacinda Ardern said: "People make their own interpretations." Photo: Reuters

But she stopped short of calling him a bully, as Trump threatened to cut US aid money to countries that voted against him.

Countries will vote tomorrow on the UN General Assembly resolution declaring that Jerusalem's status can be changed only by direct Israeli-Palestinian negotiations.

The US president strongly supported US Ambassador Nikki Haley, who said that the United States "will be taking names" of countries that support the resolution.

"We're watching those votes. Let them vote against us ... We'll save a lot. We don't care."

Ardern was critical when Trump first recognised Jerusalem as Israel's capital earlier this month, saying it "will make things difficult" for peace.

Ardern was critical when Trump first recognised Jerusalem as Israel's capital earlier this month, saying it "will make things difficult" for peace.

Today she said the logistics around tomorrow's vote were still being ​worked through, but New Zealand's position had not changed.

"Some of the things we saw by international actors like the US recently, those are decision that should only be made in the context of a [UN] resolution around a two-state solution. It took us backwards, not forwards."

Asked about possible aid sanctions, she said: "I would push back strongly and say New Zealand has and will always have an independent foreign policy. We base our decisions on principle, not on being bullied."

She was not concerned by his threats to cut off aid.

Asked if she thought Trump was a bully, she said: "People make their own interpretations."

The US president strongly supported US Ambassador Nikki Haley, who said that the United States "will be taking names" of countries that support the resolution. Photo: Reuters

The vote will show whether Israeli Prime Minister Benjamin Netanyahu has succeeded in his efforts to drum up new pockets of support in the developing world.

The Palestinians sought the General Assembly vote after the United States on Monday vetoed a resolution supported by the 14 other UN Security Council members that would have required Trump to rescind his declaration on Jerusalem as Israel's capital and not move the US Embassy there.

Unlike the Security Council, assembly resolutions are not legally binding but they do reflect world opinion.

Diplomatic relations were restored in June after then-Prime Minister Bill English wrote to Israel expressing regret over the fallout from the resolution.

The resolution features in the Labour-New Zealand First coalition agreement, which states a commitment to "record a Cabinet minute regarding the lack of process followed prior to the National-led Government's sponsorship of UNSC2334".

​The Israel Institute of NZ urged the Government to vote against the UN resolution and said it should also recognise Jerusalem as Israel's capital.

Who does our PM think she is new Zealand is a small country we need trade etc. go up set the leader of the united states . if she does it may put many jobs at risk .and our safety regards if we are under attack from an overseas country as the united states may not be interested in supporting new Zealand.

What 'aid' would be cut off to NZ? I wouldn't want Cultural Exchange at the Embassy to deny access to the Woody Guthrie archival collection.

Are you saying upsetting a major power like the united states that supports new zealands safety and would support us under military attack is ok....Please observe and understand we are a small country .We need the united states as we did in WW2 when the Japanese invaded the pacific it was the united states 7th navy fleet that did the job.