Outrage over initials on bullet-shaped pendant 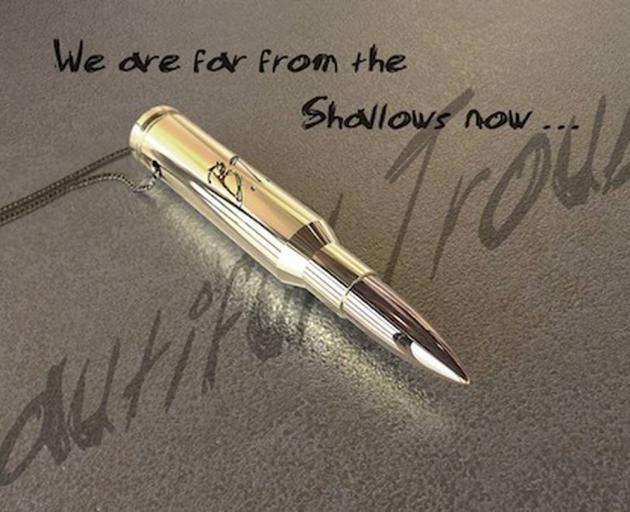 'BT' is said to stand for 'Beautiful Trouble', the name of the collection. Photo: Facebook via NZ Herald

A New Zealand jewellery designer has been slammed on social media for an "insensitive" item in its new collection.

While the Whangārei-based jewellery store insists the letters stand for the name of the collection, others are not convinced and think the item is inappropriate, considering the name of the man allegedly responsible for the Christchurch terror attack, which killed 51 people on March 15, 2019.

"You might want to rethink this as people have pointed out BT stands for a certain someone's name and if I'm not mistaken that looks to be the same caliber as what was used by that certain someone to do the Christchurch attacks. Bad taste," one person commented on the jewellery designer's Facebook page.

"How about having the CHC shooters initials engraved on it as well ... Oh wait ...
You guys seriously need to have a talk with whoever is responsible for your product development, perhaps test them for meth, and far right extremism," someone else commented.

"It's very well done like all of your other pieces you have for sale , but for us folks in chch with March 15th fast approaching it might be a bit to much for alot of people to handle," another person added.

Not everyone saw the piece as offensive.

"Ah, people will manage to find offence in anything. In quite the opposite opinion, I think this is great for starting conversations and promoting awareness, suicide, family violence and a sound reminder of the absolute devastation and waste of lives such events bring. Beautiful pieces, by the way," a Facebook user commented.

The comments were left in a post from January 15, when the company announced the new pendant, which is not yet available on the jewellery store's website.

"This makes me feel physically ill. Wtf is wrong with people in this country?" one Twitter user wrote.

In response to some comments on Facebook, Kia Kaha Jewellery said there is no intended connection between the pendant and the Christchurch terror attack.

The store's co-owner, Karen Symons, told the Herald there was no intent to cause any offence and the brand did not expect the piece to be linked to the Christchurch terror attack.

"We appreciate our range may have caused offence to some people but there was certainly no intended association with the Christchurch tragedy," Symons said.

"We apologise for any offence our range may have caused. We send our love and condolences to everyone effected by this tragic event."

Following the controversy on social media, the brand says it has pulled the Beautiful Trouble collection and will "no longer be marketing it".