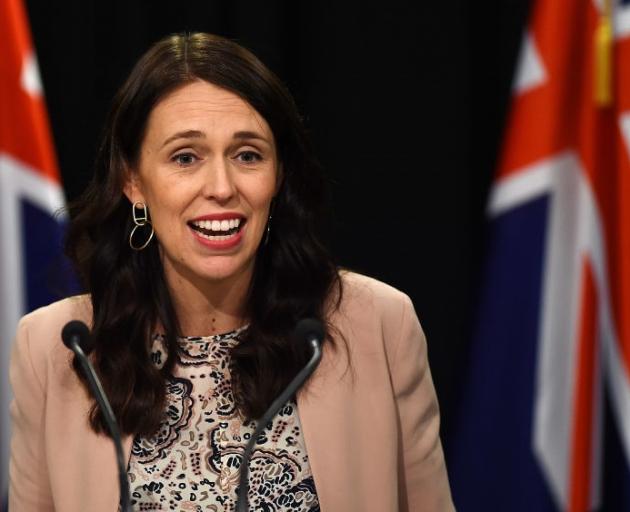 Jacinda Ardern denied she was struggling to keep up with her job. Photo: Getty Images

Prime Minister Jacinda Ardern says a “diary issue” with her staff is responsible for the cancellation of appearances on weekend current affairs shows.

Ardern, who also pulled out of an interview with Newstalk ZB’s Heather du Plessis Allan yesterday, told reporters yesterday the cancellation of appearances on Newshub Nation and TVNZ’s Q&A current affairs programmes was down to an issue with her staff.

“There’s been a bit of a diary issue in my team. That’s something they’ve worked through. There’s no question I remain very much available for comment on any issue of the day.”

Ardern denied she was struggling to keep up with her job.

Ardern gave birth to a baby girl on June 21 and returned to work at the beginning of August.

She dismissed claims by National that Deputy Prime Minister and NZ First leader Winston Peters, who filled in for her when she was on parental leave for six weeks, was still acting like he was the Prime Minister.

She said she had not “told off” Peters for undermining the coalition Government.

Much has been made in recent days of the differing views of Labour and New Zealand First on various policies, including the refugee quota, the three strikes law, and proposed changes to industrial law.

Peters, who filled in for Ardern on Newstalk ZB yesterday, said media reports of cracks looming in the coalition Government were “balderdash”.

“This is the first real MMP government and consultation and communication are what we do. There’ll always be things that are called a work in progress.

Peters denied that differing views aired in public were evidence of friction between Labour and NZ First.

“You’re making a mountain out of a communications molehill.

“We are forced by MMP circumstances to always think about being in a coalition government, and if it’s not agreed upon then it’ll be a work in progress.”

Scam artists on public money the lot of them.
So much for transparency. First its the coalition agreement to be made public, then its to remain private, then it doesnt exist at all, and now Winston First says it does exist?
How can that not be seen as a shambles?