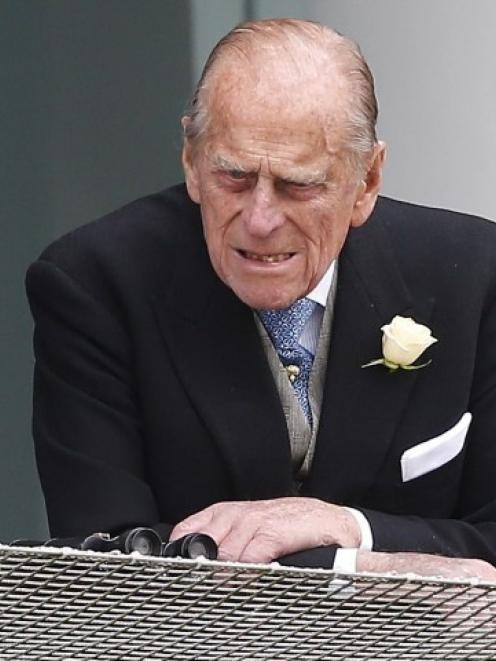 Prince Philip, the Duke of Edinburgh, attends the Epsom Derby in Epsom, south of London, on June 1. REUTERS/Andrew Winning/Files
Prime Minister Jacinda Ardern says a memorial service for Prince Philip on April 21 will be a chance to acknowledge someone who sacrificed his adult life to serve the Queen and Commonwealth.

The state memorial service will be at Wellington Cathedral of St Paul at 3pm on April 21, and attended by the PM and Governor General Dame Patsy Reddy.

The flags on public buildings would be at half-mast on that day, as well as the day of the funeral in the UK on April 17.

Ardern acknowledged people might hold different views on the monarchy and its place in New Zealand's history, but Prince Philip should be acknowledged for the sacrifice he had made for the Queen and the Commonwealth.

"When we come into politics, we very knowingly do so for a particular period of time. We often do not know how long that will be, but for the most part we know it will not be the majority of our working life. But for Prince Philip it was, and he knew that. I think there is something very significant about that."

April 21 is also the Queen's birthday, but Ardern said the date was chosen to be as soon after Prince Philip's funeral in the UK as possible.

Covid-19 restrictions in the UK could mean more people attend the memorial service in New Zealand than attend the Duke of Edinburgh's funeral in the UK, at which a maximum of 30 are permitted.

On Tuesday, Parliament's flag will be at half-mast and Parliament will meet only briefly for party leaders to acknowledge Prince Philip before the House rises for the rest of the day.

"It's a chance to demonstrate the respect and regard for which we hold the Duke of Edinburgh, and demonstrate that we acknowledge the impact this will have on the Royal household, and our situation, of course, with our Head of State."

On Monday, Ardern and other politicians and several diplomats also signed the condolence books at Parliament for Prince Philip.

In her message, Ardern wrote "With deepest sympathy and gratitude for a life of service. Me te aroha tino nui atu." [with love from us]

Ardern said she had not met Prince Philip in person as he had stepped back from most public duties by the time she took over as Prime Minister.

However, he had many links with New Zealand, especially the Defence Force, as well as the Duke of Edinburgh awards.