Pub shut down after brawls, burnout in bar 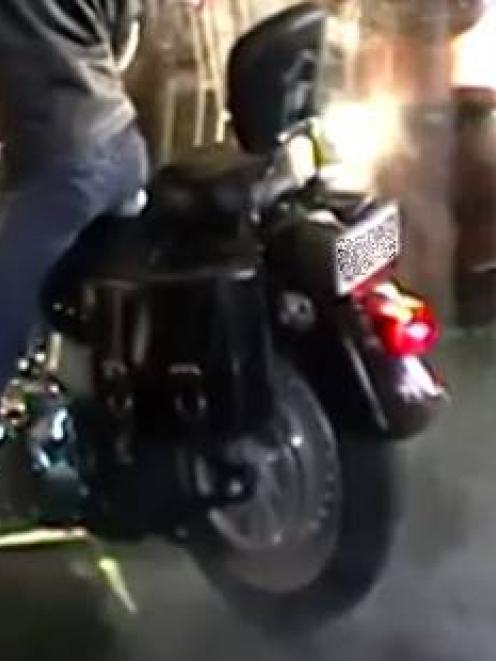 Drunken patrons of the Kaikanui Tavern in Kaiapoi had been the subject of intense police scrutiny over the last 18 months.

Drink driving, brawls, and late-night lock-ins, as well as the smoking motorbike burnout in 2011, and a chainsaw being used inside the bar to cut up a a log of wood on the fire, all culminated in it being shut down.

Licensee Matt Brownlee, who is Canterbury Earthquake Recovery Minister Gerry Brownlee's cousin, applied for the renewal of an on-licence and off-licence from the Waimakariri District Licensing Committee earlier this month.

It was opposed by police who produced seven witnesses to highlight their concerns at how the pub had been run.

Police outlined multiple incidents of intoxicated patrons and drivers coming away from the failing breath tests.

In March this year, one man drove away drunk from the Kaikanui Tavern and was involved in a crash with a truck on nearby State Highway 1 which police said resulted in serious injury.

Police also produced evidence to the licensing committee where videos from Facebook showed the chainsaw incident, and also licensee Mr Brownlee and his brother, Nick Brownlee, "tussling over a can of alcohol".

The licensing committee was also shown the burnout video and pointed out that Mr Brownlee can be seen in the YouTube clip "watching and clapping vigorously".

Police said Mr Brownlee demonstrated "a lack of knowledge of what intoxication was" and added that there was "serious suitability questions" about the senior duty managers.

There was an "anything goes" culture from management, police said.

Mr Brownlee accepted that his performance as licensee had been less than satisfactory.

"I have to accept that I have made mistakes... I acknowledge that it is necessary for me to lift my game as a licensee and manager," he said.

His mum, and pub owner, Margaret Brownlee added: "I acknowledge that my son has not been entirely successful in his running of the tavern."

The committee was unimpressed.

In rejecting the license renewal, it said there was an "almost complete absence of training" and that Mr Brownlee showed he "either cannot or will not lift" management standards to meet the requirements of the Sale and Supply of Alcohol Act 2012.

"Evidence has been presented that leads the committee to the conclusion that the operation of the Kaikanui Tavern has been managed in such a manner as to place patrons of the tavern at risk of harm from the excessive and inappropriate consumption of alcohol," the committee concluded.

Its last day of trading was last night.