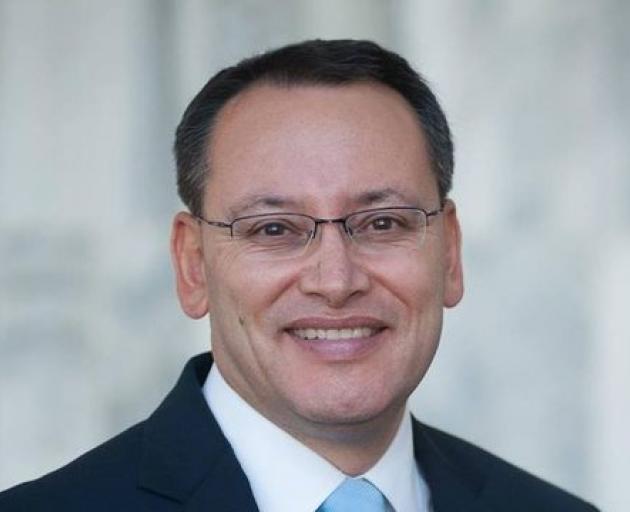 The party's health spokesman, Shane Reti, was also critical of plans to create a separate Māori Health authority, saying it could create a "two-tier system".

"On one hand Health Minister Andrew Little claims he's trying to create a single, harmonious, joined-up health system and on the other he's creating a two-tiered funding system based on race."

But Te Pāti Māori (the Māori Party) has welcomed this morning's news – particularly the announcement of a Māori Health Authority.

"[This is a] courageous move in the right direction," co-leader Rawiri Waititi said.

All 20 District Health Boards (DHBs) across the country will be replaced by one single national health body, Health New Zealand, responsible for running all hospitals.

And a new Public Health agency will be created within the Ministry of Health, which will focus on preventing negative health outcomes and the Health Ministry itself will be "strengthened".

A new Māori Health authority was also announced – it will have the power to commission health services and monitor Māori health, as well as developing policy.

Reti said National does not support this move, as it risks creating a two-tiered system.

"We will repeal a separate Māori Health Authority and work towards a better single integrated health system."

National does, however, believe those with the greatest needs should receive the appropriate resources.

"We know Māori have the greatest inequity across health and, therefore, greater needs across many health metrics."

National has also taken issue with the plan to remove all 20 DHBs, and replace them with Health NZ.

"Removing DHBs is similar to when Regional Health Authorities were centralised, it didn't work then and it won't work now.

"The Government should be looking to maintain regional identities and exploring the consolidation of some functions across DHBs, like asset management, not getting rid of them entirely."

He said that New Zealand has no idea how much the Government's plan was going to cost – "or how disruptive this process is going to be".

Speaking to media this morning, Little said the full cost of the changes will be revealed in next month's budget.

Waititi said that the "devil will be in the details" when it comes to the rollout of this plan.

"We will be keeping a close eye on how this structure impacts our people on the ground."

Co-leader Debbie Ngarewa-Packer said Te Pāti Māori's job over the next two-and-a-half years will be on keeping the Government "accountable to their commitments".

"Particularly as they relate to the legislative powers of the Māori Health Authority and their commitment to reinforce the principles of Te Tiriti o Waitangi."