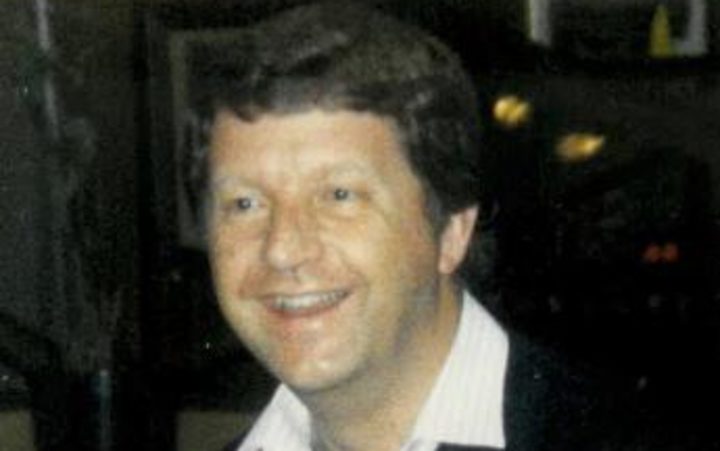 Chris Bush was shot dead at his pub in October 1987. Photo: NZ Police
The two men jailed over the Red Fox Tavern shooting and robbery more than 30 years ago are appealing their convictions and sentences.

Father-of-two Chris Bush (43) was gunned down at the pub in Maramarua in October 1987 and the offenders fled with tens of thousands of dollars in cash, coins and cheques.

Mark Hoggart and another man with name suppression were found guilty of murder and aggravated robbery after a seven-week trial in the High Court at Auckland this year.

Last month, they were sentenced to life imprisonment for murder, but will be eligible for parole after serving 10 years.

The unnamed man has been sentenced to a concurrent eight-year jail term for aggravated robbery, while Hoggart has a concurrent seven-year sentence.

The Court of Appeal confirmed lawyers for both men had filed appeals.

The pair were arrested and charged in 2017, after police decided to reinvestigate the cold case in 2016.

During the trial, the jury heard the men were considered suspects in earlier investigations, but there was never enough evidence to lay charges.

The Crown argued a web of circumstantial evidence pointed to Hoggart and the other man being the two heavily-disguised offenders who burst into the tavern late on the Saturday night of Labour weekend in 1987.

The Crown said a man with a sawn-off shotgun who fired at Bush was the unnamed man, while a man wielding a bat who subdued the other bar staff and took the money from the safe was Hoggart.

The lawyers for the men argued the wrong people were on trial.