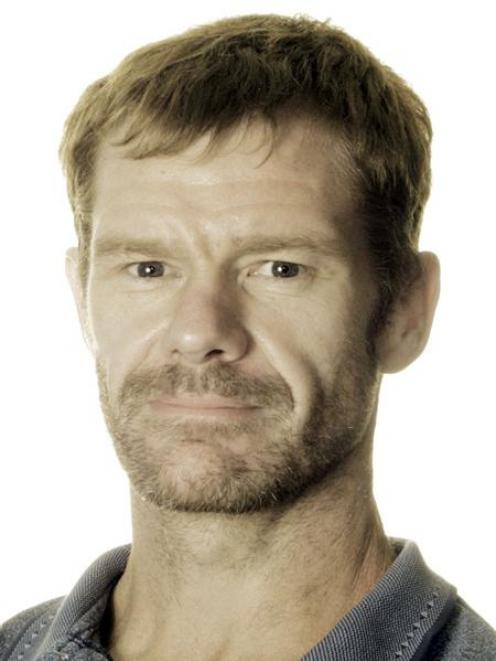 In fact, he was a highly-skilled policeman who had previously worked in war-torn Bosnia - a police officer in a secret and specialised team that carried out "difficult and dangerous" operations.

It was during one of those operations early yesterday that the 46-year-old Waimauku sergeant became the 28th New Zealand police officer to die in the line of duty.

His death came during what police said was a "routine" job - something the experienced sergeant had done many times in his nine-year policing career.

Sgt Wilkinson and another officer were planting equipment on a car as part of a drug operation.

Although it was routine, police say by its very nature the world of covert operations is dangerous.

The men were unarmed and did not have bullet-proof vests.

The man who survived - whose name has been withheld by the courts - was wearing stab-resistant body armour.

However, armed back-up was just one block away.

The pair were targeting a property they believed had links to the drug P when things went horribly wrong.

It was just after 1.30am when Sgt Wilkinson and the other officer were caught by the occupants inside the home as they put a tracking device on a car in Hain Ave, Mangere.

Avoiding confrontation, just as their training had taught them, the two policemen sprinted off on foot.

They radioed for help, but got just 75m away into Earlsworth Rd when they were caught by the two men who had chased them in a car.

Moments later, Sgt Wilkinson had been shot dead by a single gunshot wound to his upper chest and his colleague was bashed and shot several times.

He remained in hospital last night.

One resident heard what she said sounded like a "car blowing up".

Others were woken by gunshots, followed by the screeching of car tyres.

Sam Aiono heard two shots and when he came out of his house about 2.30am he saw Sgt Wilkinson's body on his driveway.

"It happened out on the street, but the body ended up on our driveway.

We saw him lying on the ground, covered up . . . the police were already there and we had to walk around [the body]."

Despite the noise, the small group of armed officers standing only a block away could not intervene in time.

Police said yesterday those officers did not hear the gunshots and everything unfolded too quickly for them to react.

When they arrived seconds later, they found Sgt Wilkinson dead and the other officer badly injured.

Police later found who they allege shot the two men back at the suspected drug house.

"Clearly, it's an absolute tragedy for us to lose an officer in this way and have another seriously threatened," Superintendent Ted Cox, head of the Auckland metropolitan crime and operations support unit, said yesterday.

"If we knew there were weapons in the house, we would have approached it entirely differently."

Sgt Wilkinson had spent most of his nine years with police working under Supt Cox in the technical support unit.

Those who knew Sgt Wilkinson, who was single, say he was "exceptionally good at the job he did".

"I know he had been [in the unit] for a long time, because I've had dealings with him for a huge number of years," said Counties Manukau field crime manager, Detective Inspector Mark Gutry.

"He was a hard-working and dedicated officer."

Sgt Wilkinson had served overseas, in Bosnia, before joining the police, although it was not clear if his background was with the army or a private security-type company.