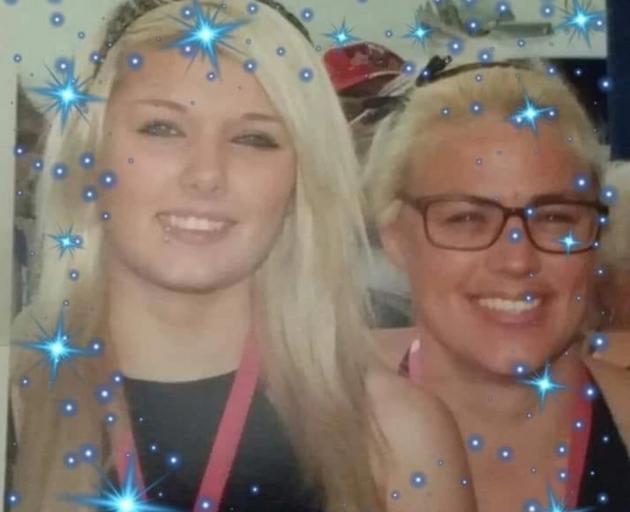 Anita McRae, right, and her daughter Angel. McRae died in a November 2018 workplace accident while her daughter died in 2015. Photo / Supplied
A Masterton family is mourning the loss of three members - a mother killed in a workplace accident, a daughter who died and an anguished son whose life ended in a suspected suicide.

The 36-year-old never got to meet her two grandchildren - who were both born this year.

Her daughter Angel, who would have turned 20 this week, died five years ago, McRae's mother Paddy Norman, 62, told the Herald.

And McRae's son Clevelyn died in a suspected suicide in February this year as he wrestled with the enormous grief of losing both his sister and mother.

Norman said her family had endured immeasurable suffering and sadness.

"I have to be the voice for the dead."

McRae - who Norman called her "dressing gown girl" - had worked at Kiwi Lumber since January 2017.

WorkSafe found she had accessed machinery used for grading and sorting timber to clear a fault. It restarted and she was pulled into the machine's sprockets.

The company appeared in Masterton District Court last month and in a decision released this week was fined $350,000 and ordered to pay reparation to the family totalling $263,762.

Norman said her daughter was a hard worker who loved her job.

"So I can understand her trying to get on that machine and get it going."

McRae had loved hobbies as a Masterton teen and adored her three kids, Norman said.

The family was still grieving Angel's 2015 death when McRae's life was cut short two years ago.

The tragedies were too much for Clevelyn who died suddenly in February this year aged 21 - just months before the birth of his first child.

Norman said she felt for McRae's only surviving child, Dane, 18, who had "lost everybody".

Her heart also went out to the man who was operating the machine the day McRae died. Norman wanted him to know the family bore him no ill will.

"I really want to get in touch and say, 'It's not your fault', because he has to carry that for the rest of his life."

What was left of the family were now trying to rebuild their lives and move on.

They were preparing to sell McRae's Masterton home and put some of the proceeds towards her surviving son and grandchildren.

Norman also planned to put some of the reparation money into a trust for the youngsters.

But her daughter's death had left a "big black hole" she might never recover from.

"This was a tragic accident that meant our colleague lost her life. Everyone who goes to work should come home safely at the end of each day.

"What happened was also deeply distressing for many of our team, especially those who were working on the day of the accident."

The company had undertaken major safety upgrades and investment at the site in the last three years - much of it relating to guarding and safety controls.

"We appreciate the judge acknowledging our early acceptance of responsibility for the incident, the assistance we have given throughout the WorkSafe investigation and the additional safety systems we have introduced at the sawmill since.

"The safety and wellbeing of our people is, and will always be, our number one priority."