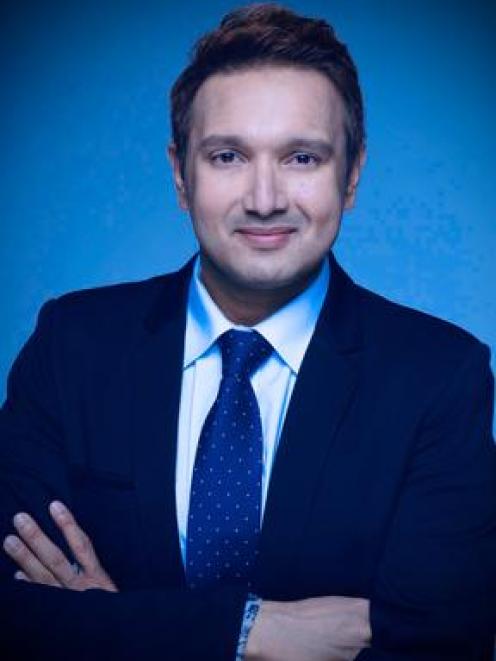 Ali Khan. Photo: supplied
Letting 250 international PhD and postgraduate students back into the country has been welcomed as an important first step by the cash-hungry education sector, but universities admit they still do not know how many will take up the initial offer.

RNZ spoke to one student who said the high cost of getting here and a risk of Covid-19 infection during travel would keep him in the United States for a bit longer.

Ali Khan is a doctoral candidate at the University of Otago and the Victoria University of Wellington, researching the Human Rights Act and its influence on long-term employment.

He has been stranded in the United States since January.

‘‘I think it’s wonderful that New Zealand is honouring its commitment to students. It’s also in line with Europe, United States, as well as China, Japan and [South] Korea.’’

Anyone suspected of having an infectious or quarantinable disease in New Zealand received free healthcare, according to the Ministry of Health, but Mr Khan said even that was not enough to encourage him to return.

"As a student, there’s a couple of things we have to think about. One is the cost and No 2, I would have to say, safety as well in terms of pandemic."

A returning flight would cost at least three times the normal price, and then you add on a $3100 isolation fee - and the multiple transfers through different countries also heightened the risk of infection, Mr Khan said.

Universities New Zealand chief executive Chris Whelan said providers were contacting PhD students who have to be in the country to progress their studies.

He said not that many PhD students were already enrolled and held a current visa to come and study this year.

If the slots cannot be filled up by PhD students, they will go to master’s students.

Mr Whelan said they would only find out how many students were interested in coming back early next month.

‘‘We know there’re about 5000 students that are still enrolled to study at New Zealand universities offshore. We can’t bring in all of them.

‘‘They had to start somewhere and international PhDs were seen as being a logical first group to bring in and we hope to expand it out to other groups soon.’’

Mr Whelan recognised the cost to students and said universities were going to help.

‘‘There will be some additional fees for them, particularly the cost of managed isolation and quarantine facilities.

‘‘Universities are going to contribute to that and cover half of that cost for the students that are able to come back in this particular tranche.’’

Johnnie Wang, an international student in Auckland and a council member of the University of Auckland, said the plan should be expanded in the future, and countries where the Covid-19 rates were low should be prioritised.

Mr Wang pointed out that temporary visa holders who normally lived in New Zealand but left the country before March 19 did not have to pay for isolation.

He said international students who left the country before that date should also have the fee waived.

Doctoral candidates are a small cohort of mature long-term visa holders. They are essential to the academic research community and NZ. I also think they should be permitted to purchase homes so they can raise their families adequately with some stability and longevity. Why NZ is struggling so much with jobs and economic prosperity compared to South Korea, China, Japan, Hong Kong, Taiwan and Europe is because we are not welcoming PhD students. We always want people to come work for us but except people that can create jobs for us.