3 Comments
he Government will spend a mammoth $50 billion on its Covid-19 recovery plan in a bid to save almost 140,000 jobs nationwide, according to this year's Budget.

It's the single biggest spending package in New Zealand's history.

But to pay for the recovery, Government debt will more than double to $200 billion and there are deficits in the tens of billions of dollars for years to come.

At the centre of today's Budget is an up to $3.2 billion eight-week extension of the wage subsidy scheme. 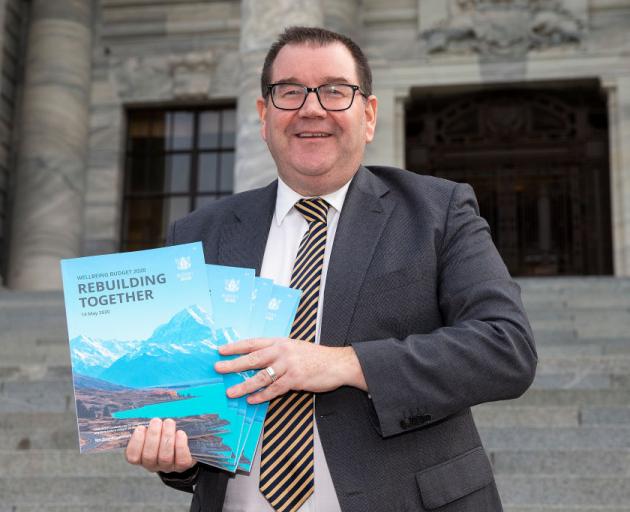 From June 10, businesses which have suffered, or are expecting to suffer, a 50 per cent loss of revenue, will be eligible for the scheme's extension.

There are a number of multi-billion dollar job creation and saving schemes included in the Budget, as well as a massive push for training and re-training.

"It's about creating new jobs and it's about preparing people for new jobs."

The big-ticket items in today's Budget include:

"This is the most significant financial commitment by a New Zealand Government in modern history," Robertson said.

Prime Minister Jacinda Ardern said the new spending means New Zealand's unemployment rate can be reduced to 4.2 per cent within two years – roughly the level it's at now.

There will, however, be some pain first – the Government expects unemployment to reach 9.8 per cent in September.

To pay for the massive recovery package, the Government will be borrowing hundreds of billions of dollars.

Treasury forecasts show by 2024, the Government would have borrowed close to $200 billion – that's up from the current $90 billion already owed.

That figure was $65b just two months ago.

And it's deficits as far as the eye can see, averaging $28 billion a year over the next two years – reaching as high as $30 billion next year.

Meanwhile, GDP is forecast to drop by 4.6 per cent in the year to June.

Today's $50 billion represents the Government's total Covid-19 recovery spend – $16 billion announced today, with a further $20 billion yet to be allocated. 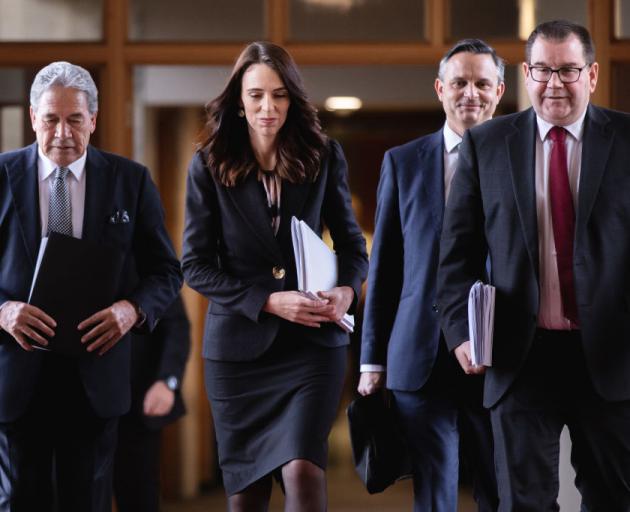 Ardern is confident the Government is right to be spending and borrowing this much money: "As a country, we saved for a rainy day for this exact reason."

She said the Treasury suggests the $50 billion package could see as many as 138,000 jobs saved in the coming few months alone.

New Zealand's total level of employment is expected to rise by 234,000 over the next two years.

"We will bring the same determination and focus to jobs and the economic rebuild as we brought to our health response," Ardern said.

Although Robertson points out that many people are now back at work, there will still be many businesses struggling.

He cites those in the tourism, hospitality and retail sectors – "this is why we are extending the wage subsidy scheme".

To be eligible, businesses must have had a 50 per cent hit to their revenue in the 30 days prior to their application date, compared to the same period last year.

Robertson has opened the scheme up to "high-growth firms" and research and development startups.

An extra $400 million has been earmarked for replacing the Interislander ferries and fixing the ports they use.

In addition, an extra $3 billion has been made available to fund new infrastructure projects which will, according to Infrastructure Minister Shane Jones, will help create many jobs.

What is also expected to create more employment is the billions of dollars being poured into trades and training.

Some $1.6 billion will be spent on a new apprenticeships programme; that's in addition to more than $300 million for additional tertiary enrolment, and $400 million to support employers to retrain and keep their apprentices.

"A full stomach makes all the difference to a child's learning," Ardern said.

Almost $1 billion has been allocated specifically to Maori with a major focus on job creation.

Whanau Ora will receive a further $136 million over the next two years to continue support for communities who need it the most.

There is also $200 million earmarked to supporting Pacific peoples, which includes funding to ensure Pasifika Culture and Heritage Funds are able to continue.

As signalled by Ardern and Robertson, today's Budget is just the first step in many more announcements to come.

For example, a funding package for arts and sports will be unveiled in the coming days.
More funding for New Zealand's media sector will also be announced soon.

"There are still tough times ahead," Robertson said.

"But we have made it this far in fighting Covid-19 by drawing on every bit of who we are as New Zealanders."

Throwing money we do not have to try to kick the can down the road so the unemployed do not muck up the statistics before the election- pure vote buying and cosmetics. Borrowing this amount of money is going to putting massive strains on the next 3 generations.

... and no other government would give out any money in an attempt to kickstart the economy, eh !?

Yes Simon Bridges we know. But say 20,000 possible deaths averted and strange illness in infants and kids would have cost a lot more. Any fool can see tax will increase so watch out the rich who hold the bulk of NZ wealth and capital gains. No wonder the leader of the Opposition is saying these things. Good on Robertson and the rest for having the guts to make the best for all of us out of a bad event. And at last a plan to build state houses ---better than sleeping and living in cars and rack rent cold houses.