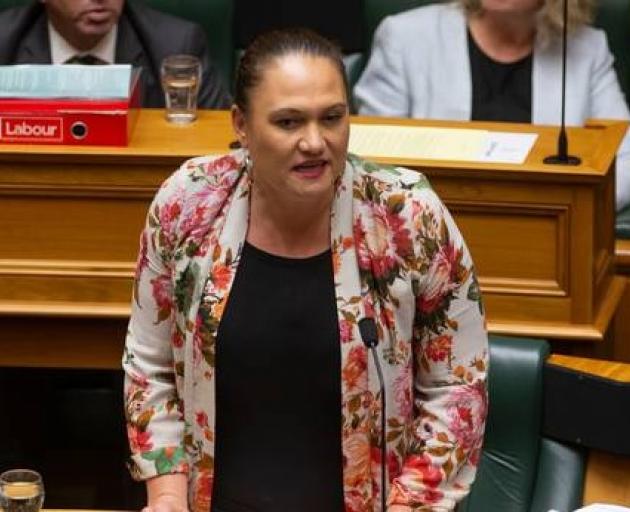 Social Development Minister Carmel Sepuloni. Photo NZ Herald
More than 300,000 beneficiaries will see up to $17 extra every week by 2023 with a boost to benefits announced today in Budget 2019.

The announcement will be a welcome surprise for welfare advocacy groups, as it is an unexpected addition to the Government's response to the welfare expert advisory group's report announced earlier this month.

Benefit levels are currently indexed to inflation, but Social Development Minister Carmel Sepuloni announced that they will be indexed to the average wage - as NZ superannuation is - from April next year.

That will see increases for 339,000 individuals and families.

The welfare group's report also recommended increasing actual benefit rates by up to 47 per cent, and while the levels will not be increased at the moment, Sepuloni is expected to take a paper to Cabinet by the end of the year to further respond to the recommendations.

It is part of a wider programme to reduce child poverty, which has been a central focus for Prime Minister Jacinda Ardern and one of the key focuses of Budget 2019.

The Government has a 10-year target to roughly halve child poverty, and Finance Minister Grant Robertson said the Government was currently largely on track to meet that target.

Today's welfare announcement follows a recommendation from Children's Commissioner Andrew Becroft, who said it was the single best thing the Government could do to combat child poverty.

Sepuloni said the change was about fairness.

"By taking this action, we are reversing a decades-long policy that has meant those on benefits have fallen further and further behind.

"Pressure on low income families were already being felt through cuts to housing, health and education support from the reforms of the late 1980s and early 1990s. These cuts resulted in poverty traps for many low income New Zealanders. Many have never really recovered.

"It is time for change."

The Government's response to the welfare expert advisory group earlier this month was largely considered underwhelming.

The biggest tangible announcement at the time was allowing people on a benefit to earn more before they get penalised, and getting rid of the penalty for mothers who did not name the father of their child .

In total, $535 million had been set aside to implement changes to the welfare system.

Budget 2019 is the first Budget since the Government passed the Child Poverty Reduction Act last year, which requires governments to set targets to reduce child poverty across several measures.

Some of them estimate about 250,000 children living in poverty.

Last year's Families Package was touted as a key way to reduce child poverty, and changes to benefit-indexing is this year's major announcement.

The whole-of-government approach to improve outcomes for children also includes $266 million to help parents from having to pay donations to schools, and $197 million to boost the Housing First programme.

Later this year the Government will release its Child and Youth Wellbeing Strategy.