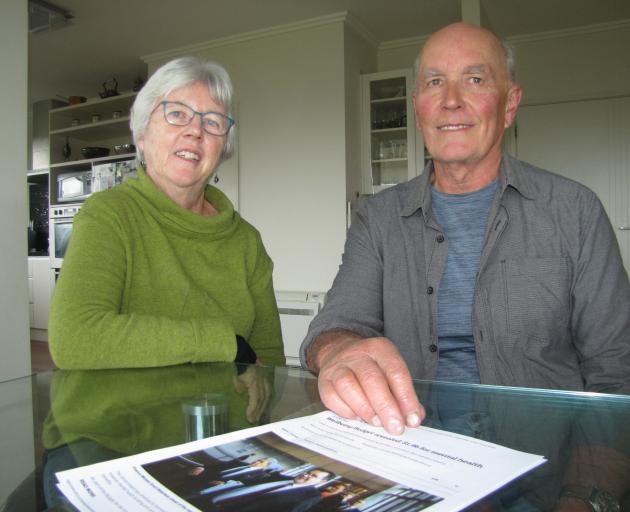 Mrs Perkins said it was "a relief'' the trend in the Budget was "going back towards looking after people'' with a "shift from the economic kind of measurement of success''.

She said it appeared from what Finance Minister Grant Robertson had said that the economy was in good enough shape to cope with the spending.

Mr Perkins said it was time to "rebalance things and put the money where the need is'', reducing the disparity between rich and poor.

He considered mental health had been "neglected for ages'' and Mrs Perkins said child poverty and domestic violence needed to be addressed.

"It's good to see the focus going back towards families and young children.''

Mr Perkins said it was "a very refreshing Budget''.

"I think we can afford it at the moment because economically things are stable.''

The couple were pleased to see spending on schools, but found the billion dollars going to railways a little "strange''.