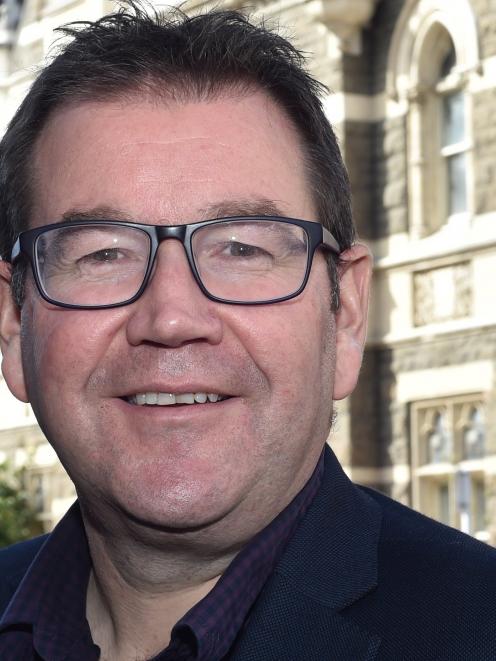 Grant Robertson.
A "wellbieng Budget'' or a first step towards one in the future?

Finance Minister Grant Robertson himself called the Budget just one step in a longer process of reforms and used the words "first step'' in his media conference answering a question on the mental health package.

So the hard test of whether there is substance in the "wellbeing'' description is some years away.

The Organisation of Economic Co-operation and Development (OECD) is scheduled to issue a report on this New Zealand enterprise in late June.

Also certainly, the Budget is different in form.

It devotes chapters to a range of multi-faceted priorities with ambitious long-term aims to improve the state of the physical environment (natural capital), social equity and cohesion (social capital) and personal life (human capital).

These are all major determinants of people's wellbeing in addition to their material welfare.

On all three counts, there has been slippage over the past 30 years.

These priorities are in addition to the usual focus on the country's and government finances.

The Budget projects these to remain sound through to 2033, unless there are major shocks - although productivity is still below the OECD average, so there are Budget injections into the likes of start-ups, innovation and skills.

But is the Budget's highlighting of aspects of non-material wellbeing rhetoric or substance?

One significant change is that some major initiatives are the result of ministers and their agencies working together on bids for funding instead of putting in separate competing and/or overlapping bids.

For example, six ministers were involved in the mental health package, not just Health Minister David Clark, six on "sustainable land use'', 10 on domestic violence and four on children's "healthy eating and physical activity''.

But there is a long way to go.

Getting ministers and agencies genuinely pooling resources and working as a single system instead of in the "silos'' set up in 1988 requires a root-and-branch rewrite of the State Sector Act, which State Services Minister Chris Hipkins has still not produced.

Moreover, the Government continues to treat tax and welfare as separate when they are inescapably linked.

Another significant change is that Mr Robertson plans to build into the Public Finance Act requirements on governments to spell out targets for elements of "wellbeing'' and report progress (or failure) - as they have had to do on the government's finances for nearly 30 years.

Child poverty is already in the Act.

And those targets have long time horizons, intergenerational in some cases, Mr Robertson says.

And how will we know if there is progress?

Robust measures have yet to be developed or are only partial and it may take half a decade or more to get a full range.

In the meantime, the Treasury has settled for a "dashboard'' of 61 "indicators'', built off the OECD's better life index.

So whether the Budget initiatives amount to "investment'', as Mr Robertson repeatedly claims, cannot be known in advance.

But there is an investment precedent - pointed out a few days ago by shadow finance minister Amy Adams, who rightly said, even while scoffing at Mr Robertson, that the wellbeing approach has grown out of Sir Bill English's social investment initiative.

But Mr Robertson's (and the Treasury's) ambition has gone far beyond Sir Bill. While the wellbeing dimension of the Budget is still more form than substance, it does point to a different way of doing government - and potentially to fully fledged wellbeing Budgets in the future.

Tax and Vote Sport & Recreation are inextricably linked as well. Tax & bailouts of banks/industry are linked.