Budget a disappointment to NZers: Bridges 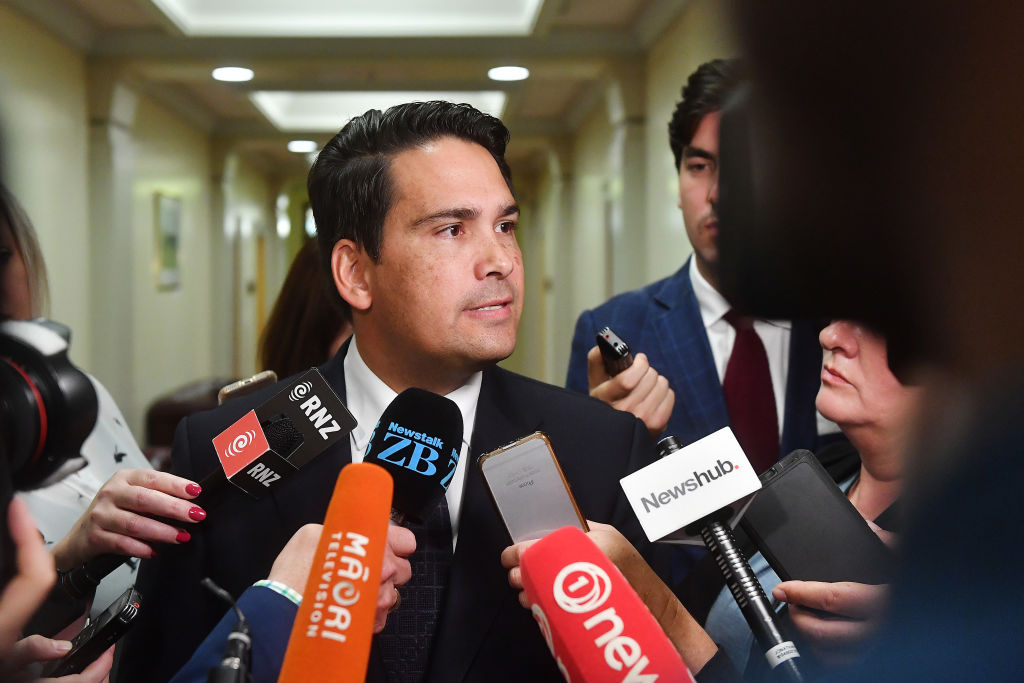 Labour Party Finance Minister Grant Robertson delivered his Wellbeing Budget in Wellington today, but Bridges was quick to talk that title down.

“This is not a wellbeing budget. Most New Zealanders will be left asking themselves what’s in it for them" he said.

"Families want more money in their weekly budgets for food, petrol and rent. Instead, their taxes are going towards rail, the defence force and trees.

The #BotchedBudget is a disappointment to NZers & just another example of this Govt failing to deliver in its self-proclaimed year of delivery. It's not a wellbeing budget. Most NZers will be left asking themselves what’s in it for them? #nzpol #Budget2019 https://t.co/YcIOLMoX7N— Simon Bridges (@simonjbridges) May 30, 2019

Bridges said that Prime Minister Jacinda Ardern "boasts in her press release" that growth is forecast to average 2.6 percent over the next four years, but said under the previous National Government growth was 4 percent.

"This Government simply can’t be trusted with the economy."

Bridges' remarks came after a blasting he gave this morning over the Government and Treasury's "incompetent smear" job wrongly suggesting National had hacked Budget details.

This morning's comments followed confirmation today that sensitive Budget information made public by National was not hacked from the Treasury website but instead accessed legally.

"Treasury has known since Tuesday exactly what happened and they covered it up to hide their incompetence. They have sat on a lie, calling the National Party criminal hackers and calling in the police," Bridges said today.

In his post-Budget remarks he said New Zealand First "has once again shown that it holds the purse strings with today’s announcements of a billion on rail that nobody wants and even more for forestry."

"That’s on top of Shane Jones’ billion dollar slush fund and the billion dollars already promised for trees. The cost of this coalition is not worth it for New Zealanders with what they’re getting in return, and it certainly isn’t improving anyone’s wellbeing.

“It’s no wonder Grant Robertson has had to drop his self-imposed debt target and increase the spending limit by $17 billion so he can fund the Government’s bad spending decisions. Surpluses are forecast to be billions of dollars lower than they were just a few months ago.

"But Winston hasn’t got everything he wants, there’s no money for free healthcare for seniors, which was part of his coalition promise. In health there’s also no money for midwives, free GPs visits and there’s less of an increase for elective surgeries than last year.

“Yesterday, teachers marched on Parliament demanding a pay rise but there’s nothing for them today. The Budget has funding for classrooms, but what good are classrooms if there are no teachers to work in them?

“Under this Government there are 13,000 more people on welfare, the time it takes to get into social housing has doubled, people are missing out on elective surgeries, rents are up an average of $50 a week, hardship assistance has increased by $48 million in the past year, there were an extra 70,000 requests for assistance for food in the last year alone and there is more strike action than we’ve seen in decades.

“The economy is sharply declining and the Government is doing nothing to encourage growth. Business confidence is at record lows because of its poor policy decisions and this Budget shows the Government still has no plan to grow the economy.

“The economic management of this Government means there are fewer jobs, more people on a benefit and needing hardship assistance, huge increases in the numbers of people without housing and more people are missing out on elective surgeries.

“This budget is style over substance. It might have a glossy cover with nice pictures, but it’s hollow inside. This botched budget is not transformational and will be a disappointment to New Zealanders.”

Mr Bridges comfortably forgets that today's situation is not the result of today's or even yesterday's decision making, rather the decision making of between 11 en 2 years ago! Kiwis are not THAT gullible!
Personally I think Bridges is the best thing that happened (in National) in favour of Labour! :)

NatureAlley is correct. What we're seeing is one-upmanship by a National Party Socialist. 'I can do a much better job at redistributing other people's earnings than those other guys', which is what it amounts to.