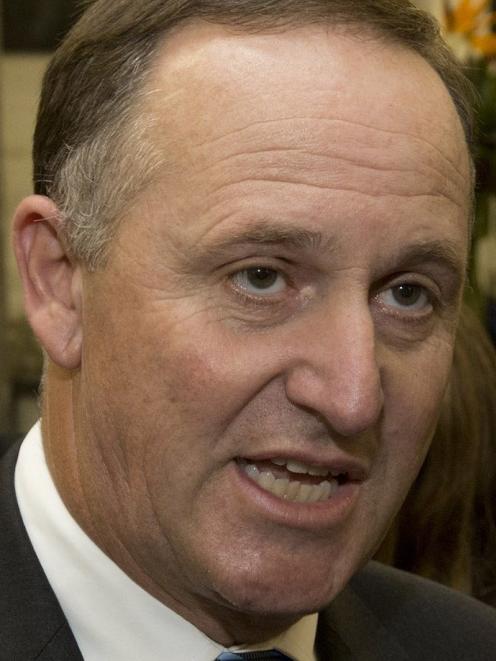 John Key
The Government has taken its first step to try to control the bubbling property market, but tax practitioners say there is much detail missing from Prime Minister John Key's new property tax proposals.

New legislation will be introduced on October 1, the same day as new Reserve Bank lending requirements aimed at the Auckland property market.

People calling for a new capital gains tax often overlooked that under existing rules, anyone buying property with the intention of selling for a gain was liable for tax on that gain, Mr Key said.

''Everyone, whether from New Zealand or overseas, should pay their fair share of tax according to the law. So we need to ensure the existing law is enforced,'' he told the National Party's Lower North Island regional conference.

Polson Higgs tax principal Michael Turner told the Otago Daily Times a new requirement requiring non residents to have a New Zealand bank account to get a New Zealand Inland Revenue department number was likely to be a major problem for overseas investors.

Many non resident property investors would not want to be in the New Zealand tax system, he said.

Getting a New Zealand bank account was administratively difficult, speaking from his own experience, Mr Turner said.

The information an overseas investor would have to supply included a current passport and information from their local territory.

The factual information required would make non residents a ''bit nervous,'' he said. If those non residents sold within two years, they would be subject to withholding tax before they received the proceeds from the sale.

One of the effects of the new legislation could be the Reserve Bank feeling more comfortable about lowering interest rates without stoking the heated Auckland property market, he said.

Crowe Horwath New Zealand tax advisory principal Scott Mason said buyer behaviour would be a key to the success of both the Government and Reserve Bank announcements.

Buyers could factor into their purchasing intentions the need for more disclosure and tougher lending restrictions in Auckland. But people wanting to buy in Queenstown would now need to consider their options.

A hundred sections becoming available in Wanaka would mean someone considering buying one or more would need to keep them for two years and pay interest on the capital for two years.

Messrs Turner and Mason were concerned people in the South could be caught out by changed circumstances.

If someone lost their job, was involved in a marital break up or was diagnosed with a terminal disease and was forced to sell a property after two years, they would be caught by the new law.

Mr Mason suspected if people made a loss on the sale of the property within two years they would not receive a tax credit from the loss, although changes were to go through a consultation process.

There also seemed no way to challenge the IRD on whether or not it was the principal family home.

''This change to our tax system is more significant than many will realise.

''The Government is [imposing] a tax without the ability to challenge,'' he said.