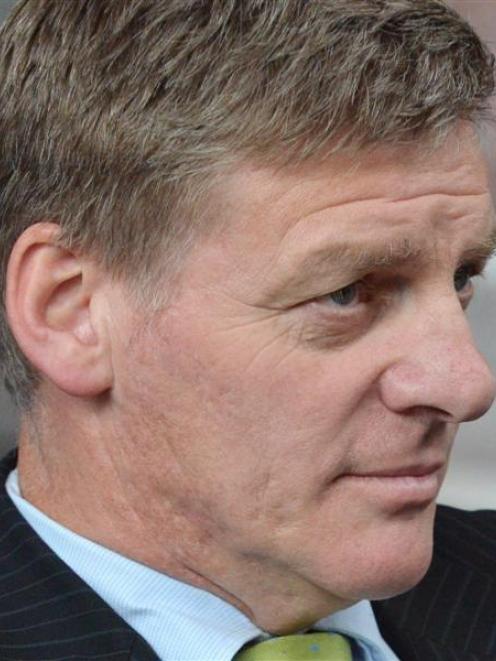 Bill English
Today's Budget was described as "tight-fisted", lagging in help for workers and it even inspired Winston Peters to quote a Split Enz hit from the late 1970s.

But Prime Minister John Key said he was proud of its "compassionate conservatism" that had resulted in the first lift to benefits in 40 years.

The centrepiece of Finance Minister Bill English's seventh Budget was a child hardship package of $790 million, which included a boost of $25 a week to beneficiary families and low-income working families.

Labour Party leader Andrew Little said the National Party had "hit the panic button" in an attempt to look like they were taking action to reduce the country's shameful child poverty rates.

"Lifting benefits is important but at the peak of the economic cycle all incomes should be rising. Helping lift our most vulnerable people shouldn't have to come at the cost of those just a couple of rungs up the ladder."

The Budget also put an immediate stop to the Government's $1000 KiwiSaver kickstarter.

"Removing the kickstart will make it harder for young families to save for a house or get ahead," Mr Little said.

Mr Key referred to his own upbringing with a solo mum when speaking about changes to welfare and the increased work obligations on sole parents.

"I know my history. I know the struggle my mother had. Today is the day we've been able to stand up and just give them a little bit more."

However, unions dismissed the measures as too little for working New Zealanders.

FIRST Union General Secretary Robert Reid said returning some of the income that was stolen from beneficiaries in National's welfare cuts in 1991 was not an adequate way to address poverty or reduce inequality.

"The government's decision to lift benefit levels for families receiving state support will mean nothing without stronger action on the housing crisis. Many families will see their extra support eaten up by rising rents".

"Instead this Government is focused on creating more low paid casual jobs, these jobs are insecure and do little to address the growing number of working poor."

The Public Service Association said the Budget did not address the wage rises needed across the public sector.

He hit out at measures such as the $6 tax on those leaving and arriving in the country, and the extra funding for Whanau Ora.

However, he was most critical of the failure to reach surplus after years of promising it.

The Treasury was forecasting an economic slow-down for the next two years, he said.

"There's every chance that we'll have another now you see it, now you don't story with the surplus, for the year to June 2016."

The Budget did garner support from BusinessNZ, with chief executive Phil O'Reilly welcoming cuts to ACC levies, which he said was effectively a tax cut.

PwC chief executive Bruce Hassall said the Budget delivered "few surprises" and stuck to the approach they had come to expect from the Minister of Finance.

"The economy is forecast to grow at around 2.8 per cent per annum over the next four years, and to be steadier over this period than previously feared."

"Government has recognised that action is required on low income families and on housing. At the same time, it is important for the prosperity of economy as a whole, that financial markets have comfort that the debt track and fiscal position is sound and robust."

"The housing issues facing our people from homelessness to home ownership are numerous, so we're excited to have secured funding to support them move forward in that journey," Maori Party co-leader Marama Fox said.

And the Budget did not forget about the country's national bird, with $11.2 million set aside to help save the kiwi.

But a kiwi conservation group Kiwis for kiwi said funding from other sources was also needed if kiwi are to be saved from extinction.

Executive director Michelle Impey said despite gains in some areas, wild kiwi numbers in New Zealand continued to decline, and the national population now numbers just 70,000 with an average of 27 kiwi killed by predators every week.