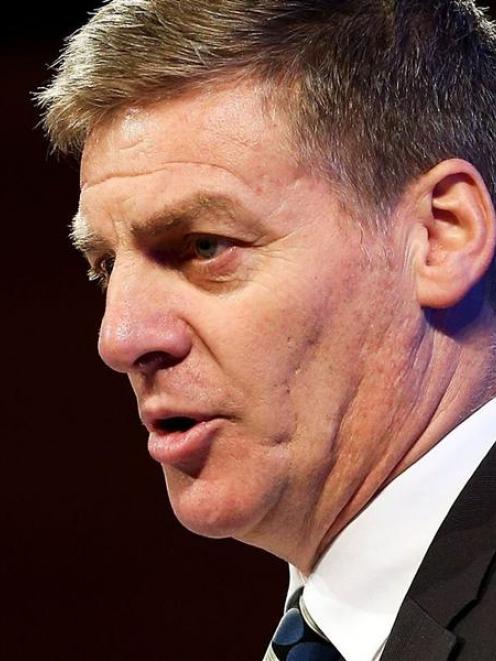 He pushed his political opponents off stride by announcing social spending better than anything Labour did during its most recent nine years in Government.

Mr English will continue to be criticised by opponents for not delivering his prized surplus this year, but spending $790 million on a package to help children in some of New Zealand's poorest families was a touch of genius.

''This package strikes a balance that offers more support to low-income families with children while ensuring there remains a strong incentive for parents to move from welfare to work,'' he said.

He also made it difficult for his political opponents to make any meaningful criticism by lifting benefit rates by more than inflation for the first time since 1972.

The Finance Minister has always been the social conscience of National, right from the days when he was a member of the party's ''brat pack''.

At political conferences more than 20 years ago, he talked about ensuring a ''truck driver'' from Balclutha could earn enough to feed and house his family.

Prime Minister John Key said after last year's election that children in hardship would be a Government priority and by building a strong economy he could provide more support for them.

It appeared the Government's priorities had shifted because of spending restraints - until Mr English took centre stage yesterday.

He also announced some extra health spending which will go some way to appeasing critics.

District health boards will receive $320 million ($1.3 billion over four years) for extra services to help meet cost pressures and population changes and $98 million will be available to provide elective surgery and improve the prevention and treatment of orthopaedic conditions.

The rest of Budget 2015 allocated a smattering of funding to the usual areas of education, law and order and business innovation.

Business supporters of National will approve of the extra work obligations beneficiaries and most sole parents and partners of beneficiaries will have to fulfil.

But it was the $790 million on reducing poverty for which this Budget will be remembered.

With the Treasury forecasts showing a small surplus next year, this Budget could be the penultimate for Mr English, who seems likely to leave Parliament once the accounts are in the black.

Labour leader Andrew Little said National hit the panic button in its seventh Budget in a desperate attempt to look like they were taking action to reduce shameful child poverty rates. He accused the Government of giving with one hand and taking with the other.

''Lifting benefits is important but at the peak of the economic cycle, all incomes should be rising. Helping lift our most vulnerable people shouldn't have to come at the cost of those just a couple of rungs up the ladder.''

Green Party co-leader Metiria Turei said the increases to benefits families were getting would be eroded in many cases by reductions in other payments.

''Increases in benefits are more than 40 years overdue so it would have been great if parents could keep more of what's already a stingy amount.''

Act New Zealand leader David Seymour attacked the Government for not using the Resource Management Act and free up land for houses and said it should have cut company tax and indexed tax rates to inflation.