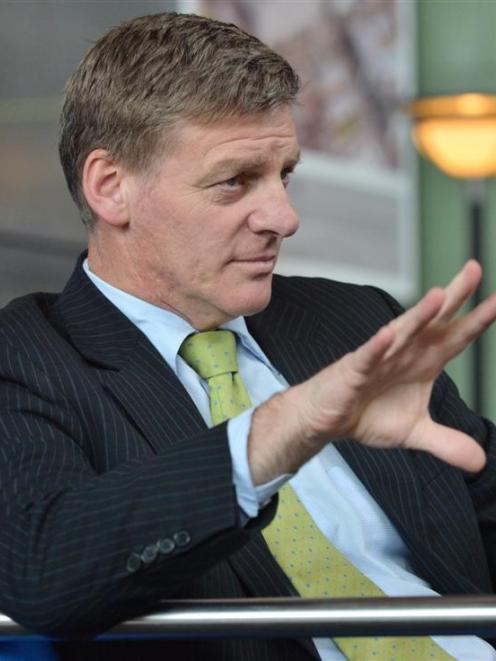 Bill English
In his seventh Budget Finance Minister Bill English keeps a tight fist around the reins of government spending.

The Treasury forecasts the population to grow by 1.4 per cent in the year ahead, even with the steep fall it expects in the net inflow of migrants.

The Reserve Bank forecasts inflation to be 1.3 per cent in the year to next June.

So government spending would have to rise 2.7 per cent in the coming fiscal year to be maintained in real per capita terms. The forecast increase is 2.5 per cent or $1.8 billion.

Almost all of that - $1.5 billion - goes to the traditional three big ticket items, health, education and superannuation, which account for just over half the Government's operational spending.

The rest of the Budget is an exercise in robbing Peter to pay Paul. The headline-grabbing measure - the child hardship package - is estimated to cost $800 million over the next four years. That is offset by the $500 million saved through scrapping the kick-start subsidy in KiwiSaver.

And the annual cost of the package is equivalent to about 2 per cent of what the Government spends on welfare transfer payments, excluding New Zealand Superannuation.

Even with this spending restraint, the fiscal bottom line for the coming year is only just in the black.

An operating surplus of $175 million or 0.25 per cent of government spending the Treasury has pencilled in is deep within the margin of error for such forecasts.

But the ratings agencies are not bothered. Standard & Poor's said a later return to surplus would have no immediate effect on the Crown's credit rating or outlook, and Moody's said the Budget was consistent with its AAA (stable) rating.

The Treasury has reduced its forecast of gross domestic product growth in the year to next March to 3.1 per cent from 3.4 per cent in the half-year update last December. But it is still higher than the consensus of private sector forecasters, which is clustered around 2.8 or 2.9 per cent.

It is more positive than the consensus among forecasters generally for growth in private consumption (3.9 per cent) and residential investment (11.9 per cent) in the year ahead.

The relatively optimistic short-term growth outlook is despite the assumption that the net inflow of migrants, which was 56,800 in the year to April and is peaking about now, will fall to 37,000 over the coming year and be back around its long-run average of 12,000 in a couple of years.

But Infometrics economist Matt Nolan expects the annual net gain of migrants to remain above the 50,000 level well into next year.

ASB chief economist Nick Tuffley said the Budget's economic forecasts were plausible, and not wildly different from ASB's own. Tuffley expects unemployment will take longer to ease than the Treasury does. He has it falling to 5 per cent by March 2017; the Treasury predicts 4.7 per cent by then. It is 5.8 per cent now.

"There is some risk that the Treasury has over-estimated future wage increases," Tuffley said. "More broadly, we expect inflation to be slightly lower in the longer term relative to Treasury.

Looking further forward, the Treasury is forecasting economic growth of 2.8 per cent in the years to March 2017 and 2018 then 2.4 per cent the year after - overall an upward revision from its view six months ago, underpinned by a more stimulatory interest rate outlook.

"Over the next year or two the Treasury's forecasts are now fairly similar to our own," said Westpac economist Michael Gordon.

"Where we continue to have questions is around the Treasury's forecasts in the outer years of the projection, as the Canterbury rebuild winds down. That optimism suggests downside risks to the Treasury's revenue forecasts further down the track -- in a context where forecasts for surpluses are already looking vulnerable."

"But there are obvious risks, notably coming from weaker commodity prices, which are broadening beyond dairy. Treasury's projected fall in the terms of trade looks light to us," he said.

- By Brian Fallow of the New Zealand Herald