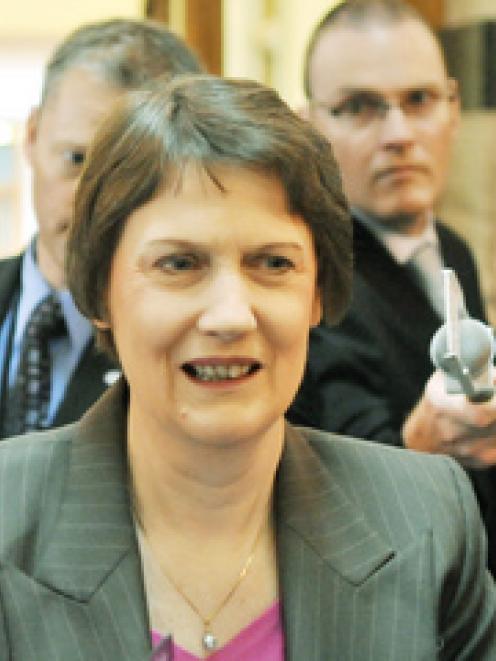 But Miss Clark said the jury was still out on whether the new law would be successful with many believing it would merely drive gangs further underground.

South Australia launched its crackdown this month under a law that can make it illegal for the members of designated gangs to even talk to one another.

Breaching the ban can lead to up to five years in prison.

Under the South Australian law:

* a gang can be designated illegal on the advice of police;

* control orders can then be made against individual members making it illegal for them to associate with other members;

* police can ban gangs from public places or events through control orders.

Miss Clark said she shared a "depth of hatred" for gangs and the Government would be watching the effects of the South Australian law closely.

"They are pernicious, they have nothing but bad things to offer our society."

But she said the key question in relation to the law was "would it work".

"It's easy to say you'll ban something but then harder to put it into effect particularly if it drives people underground and makes them harder to get at," she said on NewstalkZB.

"But we should certainly look at it."

Speaking before a parliamentary committee examining a proposed legislative ban on gang patches in Wanganui, a former drugs detective warned in July that such measures could prove counterproductive.

He said banning gangs would make policing them more difficult as it would become harder to identify who was a member.