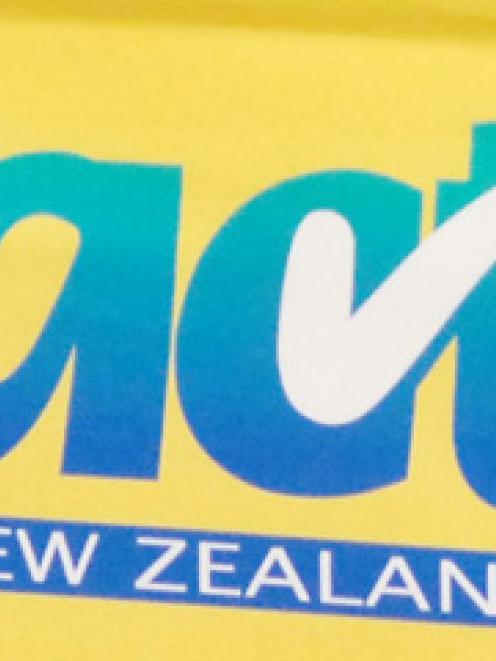 The ACT Party was behind the 90-day probation period for new workers being extended to all businesses, papers show.

Last week a bill extending the probation period to cover new employees at all businesses, instead of just small ones, passed its first readings. Protests were held during the weekend over concerns that workers would lose their rights for the three-month period and not be able to use unfair dismissal processes.

Papers released yesterday showed Labour Minister Kate Wilkinson advised against extending the trial for new employers to all firms rather than just small ones.

She felt the larger businesses also have good hiring practices.

ACT leader Rodney Hide told The New Zealand Herald he had pushed for the extension.

"We persuaded the National Party to go the whole nine yards. It wasn't an arm-wrestle."

Labour MP Trevor Mallard told the newspaper ACT had too much power considering it only had 3.65 percent of the party vote at the election.

"What is becoming absolutely clear is that on certain issues, like this, (Prime Minister) John Key is being led by Rodney Hide and the ACT Party.

"If Key had any balls he would have said, 'It's 50 or we don't introduce the legislation'."

Mr Mallard said it was unusual for the Cabinet to override a minister's recommendation.

"What often happens, if a minister is unsure, is the minister will provide options and Cabinet will pick. But here no options were provided, so it sounds like an ideological decision."

The papers also showed the proposal to enable bosses to demand proof of sickness from workers without first having reasonable grounds for suspicion was made without the advice of the Department of Labour.

Another decision, to remove automatic access to work places for unions, was against department advice.

In Parliament yesterday, before the papers were released, Labour's Darien Fenton raised concerns that workers would be forced to accept jobs with trial periods or they would not get a benefit. She also said it was possible workers who were let go during the trial period would not get benefits if Work and Income suspected misconduct reasons.

Social Development and Employment Minister Paula Bennett said evidence would be needed for that but confirmed workers could not refuse work.