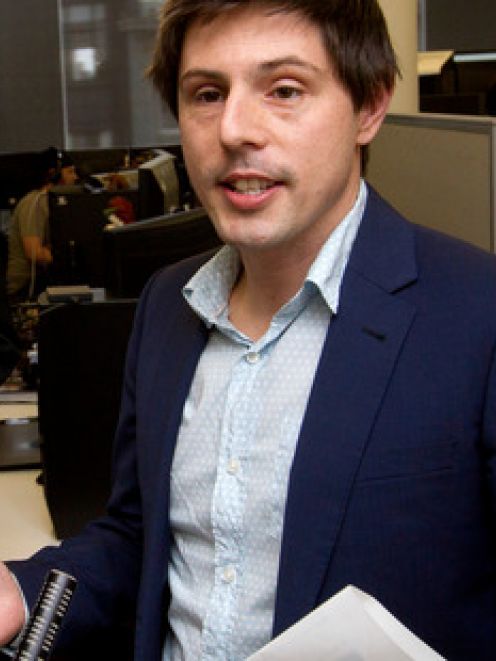 Gareth Hughes
The Green Party is accusing the Prime Minister of hypocrisy for calling on the world to phase out fossil fuel subsidies.

John Key told the United Nations Framework Convention on Climate Change (COP21) in Paris it was important for countries to remove fossil fuel subsidies in order to reduce greenhouse gases and free up money to spend on health and education.

He said it made no sense to be calling for emissions reductions on one hand, while subsidising them on the other.

But Green Party spokesman Gareth Hughes said that was rich coming from a Government that had dished out more than $80 million in subsidies to fossil fuel industries.

Mr Key told COP21 that phasing out fossil fuel subsidies is "absolutely vital if the world is to succeed in substantially reducing emissions".

"Research shows phasing out these subsidies could reduce greenhouse gas emissions by as much as 10 per cent."

Globally governments subsidised fossil fuels to the tune of US$500 billion last year which had the perverse effect of encouraging businesses and consumers to burn more fossil fuel and create more emissions.

"Removing these subsidies will free up that money so it can be spent on policies which actually improve wellbeing such as low carbon energy, health or education," said Mr Key.

But Mr Hughes cited Climate Action Network which said National had increased subsides to the oil, coal, and gas industries sevenfold since it was elected in 2008.

"Yet John Key has the gall to stand up on the world stage and talk about his commitment to reducing fossil fuel subsidies," said Mr Hughes.

If National was serious about tackling climate change, fossil fuel subsidies would be scrapped and more support would be given to clean, local energy instead.

The Government also gave money to the oil and gas industry for research and development, he said.

It had also budgeted to spend $415,000 promoting fossil fuels this year, while spending only $20,000-$60,000 promoting renewable energy each year over the past three years.

In Question Time yesterday, Revenue Minister Todd McClay said the Inland Revenue Department did not collect data on tax breaks for petroleum mining and it was not possible to know what impact the tax measures had on prospecting and exploration.

There was just one tax exemption given for the oil industry.