'I was unwise, even stupid' - Dunne 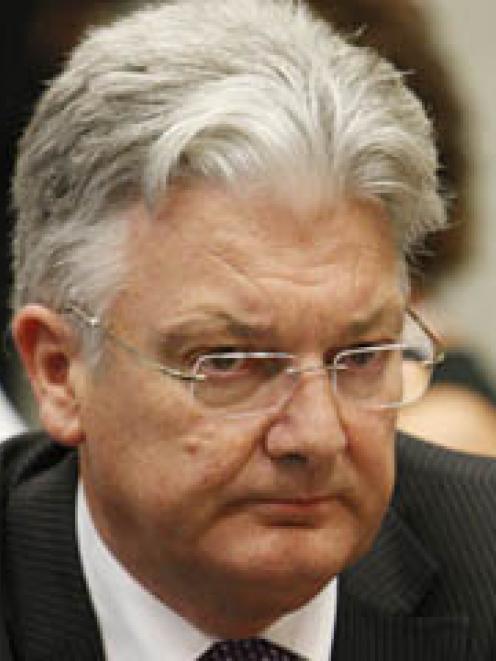 Peter Dunne.
United Future leader Peter Dunne's 30-year political career is in ruins after he refused to co-operate fully with an inquiry into who leaked a re port on spy agency the GCSB.

Mr Dunne yesterday resigned his ministerial portfolios but maintained neither he nor any of his staff leaked the report which revealed potentially illegal spying on New Zealanders by this country's foreign intelligence agency.

However Mr Dunne refused to fully disclose the contents of those emails, giving only partial extracts and saying it was a matter of principle.

"Once we start saying private cor respondence is public property we go down a very slippery slope."

He challenged the Dominion Post publisher Fairfax to confirm he did not leak the report to Ms Vance, but Fairfax executive Paul Thompson would only say "we don't comment on our confidential sources".

Mr Dunne, who has traded on his "commonsense" approach to politics, said he'd resigned because "some of my actions after I received an advance copy of the report were extremely unwise and lacked the judgement reasonably expected of a minister in such circumstances".

He said his lapse of judgment was that he canvassed the possibility of leaking the report with Ms Vance but again said he had not gone through with it.

But Mr Henry's report shows he arranged a lunchtime meeting with Ms Vance the day before her report was published. Although Mr Dunne left his office to meet up with Ms Vance, he said he was waylaid and the meeting never took place.

Mr Henry's report also shows Mr Dunne exchanged 12 emails with Ms Vance the day before he was to meet her but also 49 others between March 30 and April 7, a period when he was on an overseas holiday with his wife.

"I cannot rationally explain why things happened the way they did," he said yesterday.

"I have acted extraordinarily unwisely, even stupidly, and I am now resigned to paying the price for that."

Prime Minister John Key, who yesterday said he was "very shocked" by the Henry report, accepted Mr Dunne's resignation after telling him he had to release the emails in full or go.

"He has told me categorically he did not leak the report. I want to believe him but the problem is unfortunately the inquiry doesn't rule him out and I can't dismiss the possibility he has because of the in formation contained in the [Henry] report."

Mr Key said what details had been released by Mr Dunne "of themselves would be inappropriate ... in so much that it discussed GCSB and that was a sensitive matter which I don't think he should have been discussing anyway".

Asked whether Mr Dunne should resign as an MP, Mr Key said that was a matter for Mr Dunne himself but the United Future leader had indicated he would stay on for the current term.

Mr Dunne said he has not yet decided whether he will contest the Ohariu seat he has held since 1984 in next year's election.

Opposition parties were last night calling for his resignation from Parliament, with NZ First Leader Winston Peters saying he had filed a complaint with police. Mr Peters said the Kitteridge report was a classified document at the time it was leaked and its premature disclosure was a criminal matter.

- Adam Bennett and Claire Trevett of the New Zealand Herald