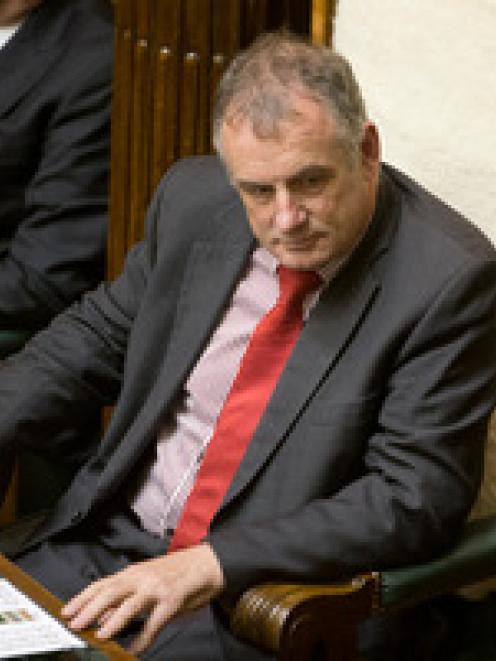 Trevor Mallard says voters should be asked whether they want to change the flag in the first referendum. Photo NZ herald
Labour will oppose a bill setting up the two referendums deciding the fate of the flag because of a sticking point over the order of the questions.

The Flag Referendums Bill is expected to get its first reading in Parliament soon and has enough support to pass its first stage without Labour, although the Maori Party and the Greens have only committed to support it through to select committee so far.

The bill sets out the process and questions for the two referendums - expected to cost $26 million. The first will be later this year and ask voters to choose between four options for a new flag. The second will pit the most popular new flag design against the current flag and ask voters to pick one.

Labour's Trevor Mallard said voters should be asked whether they wanted to change the flag in the first referendum.

"There should be a yes/no vote at the beginning of the process so that if the majority of New Zealanders don't want change we don't spend a fortune on an unnecessary second referendum."

He said all the parties represented on the cross-party flag committee other than National held the same view. NZ First is the only party which refused to take part in that.

Mr Mallard said Labour did support the issue going to a referendum for the public to vote on it. However, if the order of questions was not changed it was likely Labour would continue to oppose it. He said the first referendum should ask both whether voters wanted a change and to rank the shortlisted designs. If a majority did want a change, the second referendum would test the preferred new design against the current.

Act leader David Seymour said he would support it and could see the sense in deciding on what the alternative flag would be before deciding whether to vote for a change. The bill will go to a select committee for public input. It also ensures that if a new flag is chosen it automatically takes effect because changes to other legislation affecting the flag will kick in.

The flag designs for the first referendum will be decided on by a panel of 12 New Zealanders chaired by former deputy vice-chancellor of the University of Canterbury, Emeritus Professor John Burrows.

End of 2015:
Referendum One: If the New Zealand flag changes, which flag would you prefer? [Voters rank four options in order of preference]

April 2016:
Referendum Two: What is your choice for the New Zealand flag? [voters choose between current flag and chosen new design].