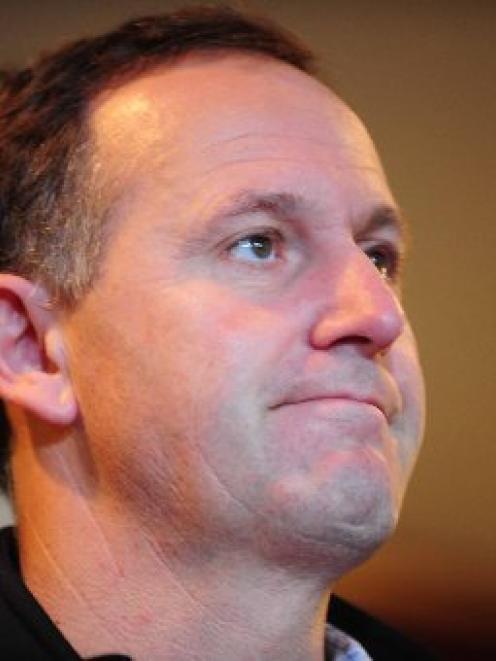 John Key
Prime Minister John Key has described as "panicked'' the Labour Party's plan to raise the age of eligibility for NZ Super to 67 and to make KiwiSaver compulsory.

Employee contributions remain at two per cent, "because we know families are finding it hard to make ends meet right now, let alone save''.

However, employer contributions would increase by 0.5 per cent a year from three per cent in 2014 to seven per cent by 2022.

"Making KiwiSaver universal will make it simpler for Kiwis to save and build a retirement nest egg.

"Universal KiwiSaver also reduces our reliance on foreign lending. It builds up our own pool of savings which can be invested in New Zealand businesses and create jobs for Kiwis.''

To make the policy more affordable for the Government, Mr Goff said Labour would phase in the $1000 kickstart for all new members at $200 a year.

Labour would also gradually raise the age of eligibility for New Zealand superannuation from 65 to 67.

"Nothing will change for those currently receiving NZ Super or within nine years of retirement.''

Mr Goff said Labour recognised it would be hard for some New Zealanders, such as those doing physically demanding work, to continue working beyond 65.

They would introduce a "transition'' payment at the same level as NZ Super which could be accessed between the age of 65 and 67.

Mr Goff pledged to keep the level of NZ Super at 66 per cent of the average wage.

"KiwiSaver is not a substitute for NZ Super.''

In the third major plank of Labour's savings policy, Mr Goff said his party would resume payments into the NZ Superannuation or "Cullen'' Fund.

Payments would resume at $750 million a year in 2012/2013, increasing by the same amount each year until contributions reached $2.4 billion.

John Key dismissed Labour's move: "In the end it's just revision to the same old Labour: more borrowing, more spending, more taxation, more costs on business, and the cruel joke is you now have to work two years longer under Labour.

"I guess when you saw them put up those billboards telling you they were going to take GST off bananas you never thought you'd have to work two years longer to pay for it, but that's what's come out today and, sadly, they are out of touch with what's required.''

Mr Key said National's plan was balanced and would see the Government's books back to surplus within three years.

"We won't be putting big spending costs on the economy, we won't be taxing businesses more and you will be able to retire at 65 knowing that your pension is there.''

Under Labour, "New Zealanders will lose their jobs, businesses will go to the wall and that's because Labour hasn't learned anything in the last decade, they just want to keep spending your money and now you have to work two years longer to pay for it,'' said Mr Key.

Phil Goff said he would take the "tough'' decisions.

"New Zealand is facing some very big issues - our high private debt, lack of savings, and the looming costs of an ageing population'', he told reporters in Wellington.

"John Key is refusing to take the tough decisions to solve these problems. This failure of leadership leaves our children and grandchildren to pick up the tab.

"I will do what's right for the future rather than what's easy for today.''