Law around killing of unborn babies to be looked at 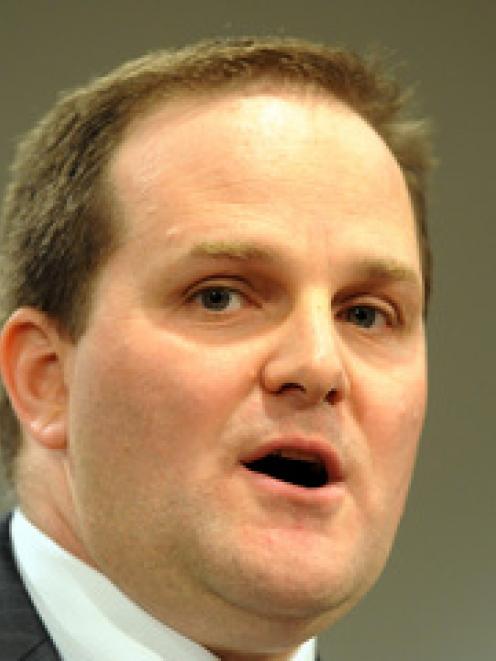 Minister of Justice Simon Power
Justice Minister Simon Power is asking officials to ensure the law is "sufficiently robust" in cases where unborn children are killed.

Ann-Maree Hardiman, 42, was seven months pregnant and driving to her Levin home with a female friend after attending a Gin Wigmore concert at Palmerston North on November 13 when her car was struck by a vehicle travelling in the opposite direction.

She died at the scene, along with her unborn child. Her passenger was injured in the crash.

The 18-year-old driver of the other vehicle, Isaiah Joel Kokiri, was charged with drink driving causing death. The case is ongoing.

The baby was named Siobina Maree and buried next to her mother.

Ms Hardiman's partner Len Blackaby, 44, told today's Herald on Sunday said the law should be changed so drink drivers could be prosecuted for killing unborn children.

"Unfortunately, the unborn child has no rights so they can't prosecute him for her death," Mr Blackaby said.

A spokesman for Mr Power said while he could not comment on specific cases, there were several provisions in the Crimes Act that prosecutors could consider, including Section 158 (homicide), 159 (killing of a child), 160 (culpable homicide), 182 (death on an unborn child) or any other offence involving the physical harm to the mother and child she is carrying.

Mr Power would tomorrow ask officials to consider whether the law was sufficiently robust to cover a range of scenarios.

Mr Blackaby told the newspaper his partner was a "beautiful, soft, vibrant" woman and he intended to fulfil her wish to be a stay-at-home parent for their two-year-old daughter, Luanne.

"Jupiter is a very bright shining star at the moment so we focus on that. I tell her Mummy is on that star with Siobina. I am not hiding the facts from her and saying 'Mummy is coming home' cos she ain't. That is the reality of it all."

Blackaby said he spoke to his wife three times on the night she died.

"I am lucky the last thing I said to Ann-Maree was 'I love you, I will see you soon'."