Opinion: Asset sales plan continues getting spokes in its wheels 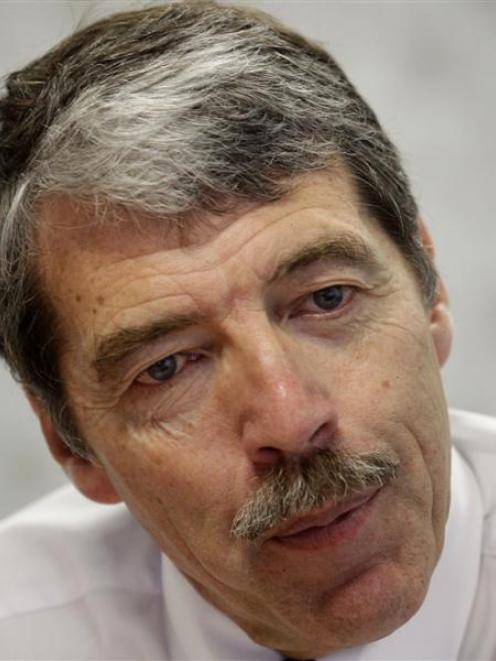 Doug Heffernan
The $500,000 carrot to keep Doug Heffernan at the helm of Mighty River Power until the company's partial privatisation is done and dusted is a reminder of how the Government's asset sales programme just keeps on throwing up curly questions for National.

That Mighty River Power was picked as the first candidate for a minority share float is tribute to Dr Heffernan, who has been chief executive of the state-owned electricity generator since it was formed in 1998.

On balance, the company's board was probably justified in taking a precautionary view and offering a half-million dollar incentive to entice Dr Heffernan to stay until December next year.

But not everyone will agree with that decision. Once performance payments and KiwiSaver contributions are included, Dr Heffernan's package last year was already close to topping $1.5 million - more than three times the size of the prime minister's salary and allowances and nearly five times what Bill English enjoys in remuneration as one of Dr Heffernan's shareholding ministers.

Dr Heffernan, of course, is not the only high-flyer enjoying the fruits of privatisation.

According to the Treasury's annual report, around $6 million was paid to various consultants in the year to last July to implement the mixed ownership model and ready the float of up to 49% of Mighty River Power.

The Treasury had actually budgeted around $20 million for that work. With the sale delayed, the department has simply shifted that appropriation into the following financial year.

John Key has declined to comment on Dr Heffernan's bonus - as has Labour leader David Shearer.

But there is someone else who could be a potential beneficiary of the generosity shown to Dr Heffernan - Winston Peters.

The hefty size of the bonus payment offers a fresh line of attack in Mr Peters' long-running campaign against privatisation.

However, the real beauty of the current asset sales programme for the New Zealand First leader is that the policy's unpopularity threatens to cut even deeper in some quarters because of its new Maori dimension.

Mr Peters has long attacked what he calls the Treaty "gravy train". With the Maori Council and some iwi seeking redress in the courts over ownership of water rights, the Treaty vehicle is now seemingly hitched to the privatisation model.

The saving grace for National is that Maoridom is split. While Mr Peters can continue to single out the business elite for feathering their own nest through the sell-off of state assets, he cannot level the same charge at the Maori elite with such ease, given the Iwi Leaders Group has eschewed court action.

Still, Mr Peters' excursion into the race-based politics of privatisation - he last month advised all New Zealanders to pretend to be Maori - puts him one up on Labour and the Greens, whose target audiences will not let them enter such territory.

All this is added reason why it is essential for National that the Crown emerges as the victor from next month's hearing in the High Court on the Maori Council's application to injunct the part sale of Mighty River Power until the Crown has implemented an agreed mechanism to protect Maori cultural and proprietary rights in freshwater and geothermal resources.

Giving the Maori Council a bloody nose would go down well in some National quarters. It would spike Mr Peters' attempt to drain away support from National.

While the share float might remain unpopular, victory would be a massive psychological fillip for the Government, which has had a torrid time of late.

Paradoxically, judgement in the Government's favour might also be good news for the Maori Party.

Beehive sources say the Maori Council's stance on water rights has removed National's ability to be flexible to the wishes of its support partner.

While defeat for the Maori Council would - funds willing - see it go to the Court of Appeal and, if necessary, the Supreme Court, a Crown victory in the High Court would breathe new life not only into the asset sales policy, but also underline National's right and capacity to govern.

By the same token, defeat for the Crown in the High Court does not bear thinking about. You can only delay something for so long. A ruling against the Government might well push the privatisation programme into National's next term and thus effectively into the never-never. That would be a massive morale-crusher for the National caucus and wider party.

The Government cannot rule out an outbreak of judicial activism on the bench. It has consequently invested considerable time and effort into getting all its legal ducks in a row.

The most critical element has been its attempt to nullify the Waitangi Tribunal's advocacy of the "shares-plus" concept, which would recognise that Maori do have commercial water rights and that must be reflected in Maori being given an enhanced role in the governance and management of that resource before any change in ownership of the hydro stations.

The Government has sought to display good faith by consulting with Maori and stressing it had an open mind on the merits of shares-plus.

Those claims have been treated with derision by Maori, who rightly regarded the consultation exercise as a sham and the Government as having had a pre-determined view.

The court may well take a similarly dim view. What may save the Crown's blushes are its assurances that it will meet its Treaty obligations and discussion can take place on appropriate forms of recognition of water rights and redress - but only after the partial sale of Mighty River Power has been completed.

It is possible that the High Court determines that there be a compromise that would see the Maori Council ending up getting much of what they are seeking in the aftermath of the sale.

That would pose difficulties for National in selling such a compromise to its more conservative supporters.

But it would save the privatisation programme.

The odds on the privatisation programme surviving must be around at least 60:40. Probably even higher.

This week's initial High Court sitting was limited to setting a late November date for a substantive hearing. But should the court have been looking for precedent, it did not have to look very far.

Across the road at Parliament was a same-day function marking the 20th anniversary of the Sealord fishing deal.

As Radio Waatea noted, this was effectively the first shares-plus Treaty settlement.

Not only that. It was a National government which paid Maori $150 million to buy a half share in New Zealand's largest fishing company after the Waitangi Tribunal's Muriwhenua fisheries report found that Maori fishing rights should be regarded as commercial following the introduction of the fish-catch quota system in the 1980s.

The parallels are pretty obvious. And enough to make Mr Key and National break out in a very cold sweat.