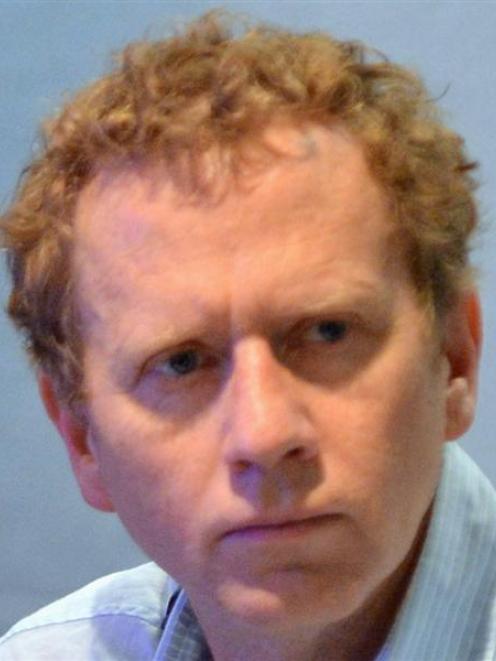 Russel Norman
As a gesture to the allergic and the asthmatic - a gesture which was inevitably interpreted by opponents as yet another tribute to the Gods of Political Correctness - last weekend's Greens' conference was officially ''fragrance-free''.

The party's MPs, electorate delegates, senior office-holders and sundry observers were firmly instructed not to deluge themselves with perfume, aftershave and deodorant.

The same stipulation presumably applied to chlorine-based disinfectant. For the Greens' sake, more's the pity. When claiming you are committed to ''transparent and democratic politics'' - as the Greens have emphasised in recent weeks - you have to be cleaner than clean.

It therefore took some gall for Russel Norman to use the conference as a platform to tear strips off the prime minister for being increasingly undemocratic and even Muldoonist in his actions when the endorsement of another item on the conference agenda stripped rights from the Greens' grass-roots membership and reinforced the already heavy clout of those in the party's hierarchy.

By all accounts the motion to streamline the party's antiquated remit system easily obtained the required 75% backing to effect a change to the party's standing orders. Little wonder the party shut the media out of this debate. It would have revealed the Greens, like most political parties, are well capable of talking out of both sides of their mouths at once.

Dr Norman appeared to offer further evidence of that when he rounded on the chairman of the Electricity Authority, Brent Layton. Dr Norman's curt response to Mr Layton's detailed critique of the joint Labour-Greens' plan to reform the wholesale electricity market was pretty tame stuff, especially compared with Winston Peters' slow evisceration of Peter Dunne.

Dr Norman's rejection of Mr Layton's 28-page paper which sought to demolish the Labour-Greens' notion of setting up a single institution to set wholesale electricity prices was also in marked contrast to the rebuttal by Labour's David Parker. The latter challenged Mr Layton's arguments one-by-one in a measured tone.

Mr Layton is no National Party hack, however. He is a highly respected economist with extensive knowledge and experience of the electricity generating industry over many years.

The Greens have long been proud of their ''bottom-up'' approach to party governance, a structure which makes the branches the fundamental units of the party. No longer. Last weekend's conference saw to that.

The new rules mean getting a remit on to the floor of the conference will be a logistical nightmare as all remits will require endorsement by two other branches, one of which must be in another region than that of the branch promoting the remit.

Branch remits will be be subject to stricter vetting and potential redrafting by the party's standing orders committee.

If a remit does not satisfy certain conditions, the committee can ''suspend'' it. If the remit reflects discontent with a wider issue, it will be subject to a dispute procedure.

A copy of the committee's proposals for changing the party's standing orders obtained by the The New Zealand Herald acknowledges remits provide a ''safety valve'' if a sufficiently large number of members are disgruntled with an aspect of party operations.

But the report says it is possibly more important that unresolved issues between the party at large and a branch do not consume ''valuable and finite time'' at the party's annual conference.

This has some members crying foul. There is concern the rule changes will leave branches reduced to simply being tasked with chores such as fundraising, leafleting and campaigning and having no input into how the party is run. Annual conferences will likewise become sterile affairs.

There is also suspicion that the effective blocking of a means of expressing dissent is motivated by the hierarchy's fears the party's wider and idealistic membership will find the necessary compromises of coalition too hard to stomach.

That may not entirely be the case. Conscious of the pressures placed on minor parties in governing arrangements and their high casualty rate, the Greens have been developing other (yet to be unveiled) mechanisms to ensure there is effective communication and consultation between the Green caucus at Parliament and party activists.

What this underlines is the reality that gaining seats at the Cabinet table is the moment when your problems really begin.

The Greens' democratic ideal is one ''which respects the rights and needs of all its citizens, cultivates collective decision-making through informed, inclusive, structured consensus-seeking dialogue, giving due weight and effect to the voices of the many and of the few''.

That is a tall order to meet. In highlighting recent examples of National playing fast and loose with legal rights and bureaucratic requirements, Dr Norman might be trying to send one message to his own party and another to Labour.

He is warning Labour the Greens' tolerance of legislative jiggery-pokery does not run very deep. But he is effectively warning his members of the kind of trickery that the major parties are capable of in order to get a problem off their plates. And he is warning that the Greens will not be able to fight every battle or necessarily expect to win the ones that they do fight. Rather than being fragrance-free, the party will just have to hold its nose.